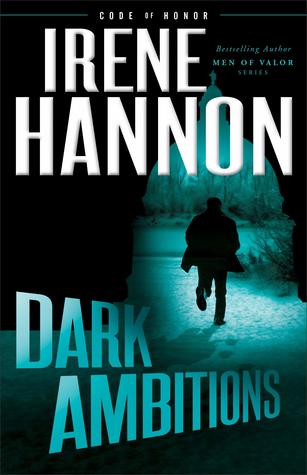 Former Army Night Stalker Rick Jordan usually has his camp for foster children to himself during the winter months. But someone has visited recently–leaving a trail of blood. One of the two clues left behind tips Rick off to the identity of his visitor, who soon turns up dead. The police deem it an accident, but Rick isn’t convinced. With the help of private investigator Heather Shields, he sets out to decipher the remaining clue. Except someone doesn’t want them to succeed–and will stop at nothing to keep them from finding the truth.

With her trademark psychological suspense ratcheting up the tension on every page, bestselling and award-winning author Irene Hannon takes you on a search for a cold-blooded killer with an ambitious goal and deadly intent. 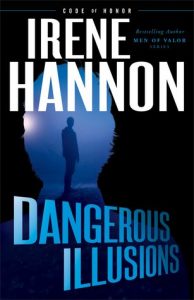 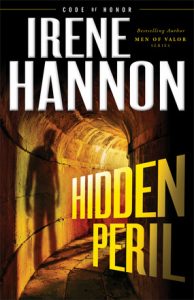 In the third and final book in her Code of Honor series, Irene Hannon takes readers on a ride with so many twists and turns, even the most experienced readers will need to hang on at some point. Dark Ambitions features Rick Jordan and Heather Shields (fans of Hannon will enjoy the return of Phoenix, Inc.) as they scramble to discover the truth behind the deal of one of Rick’s former Army team members.

With many suspects, a political race, and clues stacking up, the layers of this book stack on top of one another, making digging out the truth seem impossible. Even if you think you know who the person behind it all is, Hannon will have you second guessing yourself more than once.

The attraction between Rick and Heather is immediate. I appreciated that they were both professional and adult enough to discuss it instead of shoving it aside and ignoring it.

From the opening pages to the last, Dark Ambitions will leave you white knuckled as you immerse yourself in this story that grabs hold of the reader and doesn’t let go.