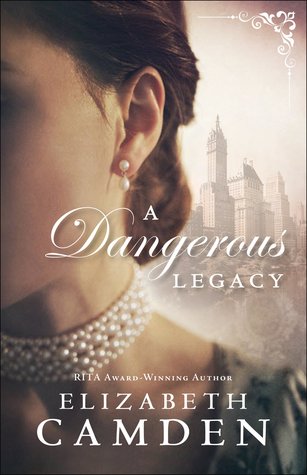 Lucy Drake’s mastery of Morse code has made her a valuable asset to the American news agencies as a telegrapher. But the sudden arrival of Sir Colin Beckwith at rival British news agency Reuters puts her hard-earned livelihood at risk. Newly arrived from London, Colin is talented, handsome, and insufferably charming.

Despite their rivalry, Lucy realizes Colin’s connections could be just what her family needs to turn the tide of their long legal battle over the fortune they were swindled out of forty years ago. When she negotiates an unlikely alliance with him, neither of them realizes how far the web of treachery they’re wading into will take them.

Every time I pick up a book written by Elizabeth Camden, I am enthralled. Her characterization, setting, and storyline are impeccable.

In a Dangerous Legacy, Camden weaves together the competition between America’s Associated Press and England’s Reuters, a forty-year-old lawsuit battle, political intrigue, mental institutions and family splits in a turn-of-the-century world together in a captivating manner. There’s so much going on in this book, it could have become very convoluted, but it never did. 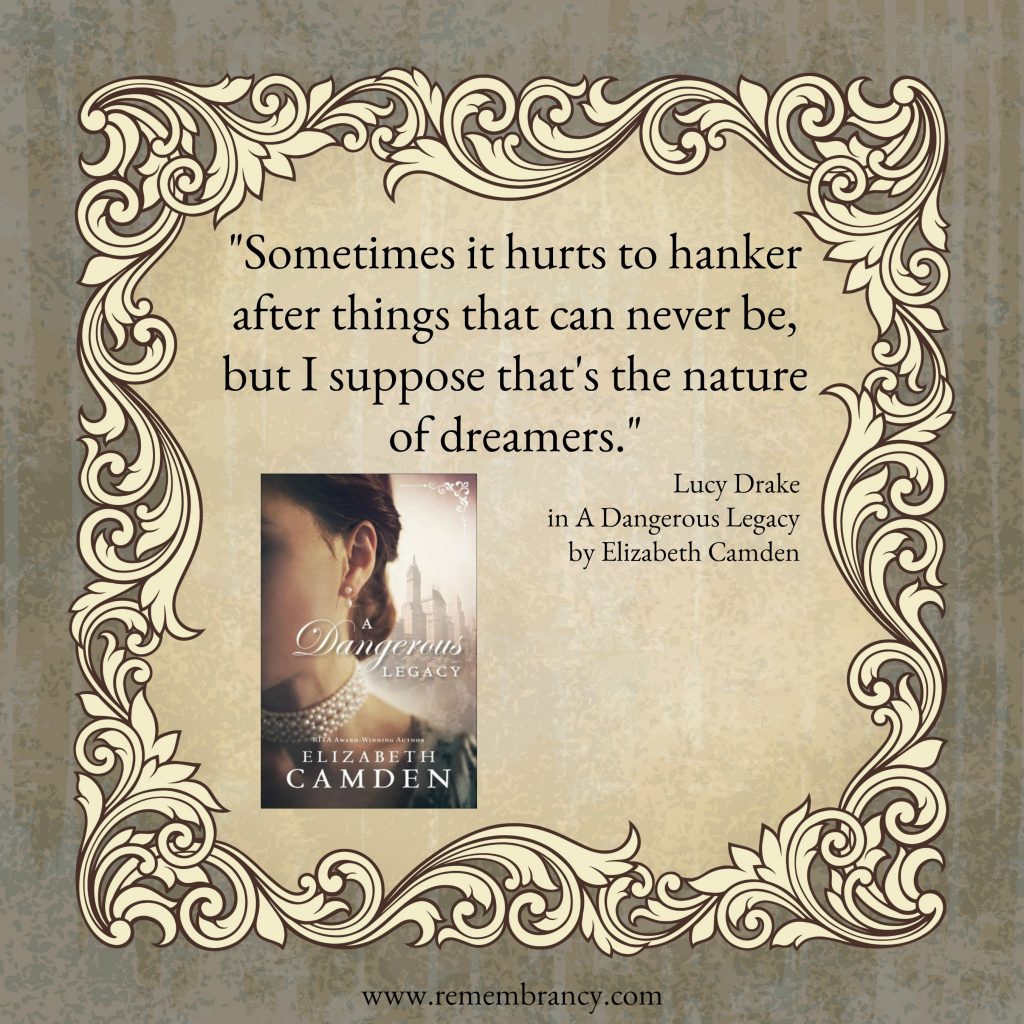 The banter between Sir Colin Beckwith and Lucy Drake is delightful without stumbling across that fine line to annoying. Lucy has a true Champion in her brother as well. Lucy is such a likable character. She’s smart, brave, determined, and generous.

I’m already looking forward to Nick’s story coming in 2018. With another stunning historical fiction book, Camden remains at the top of my must-read author list.