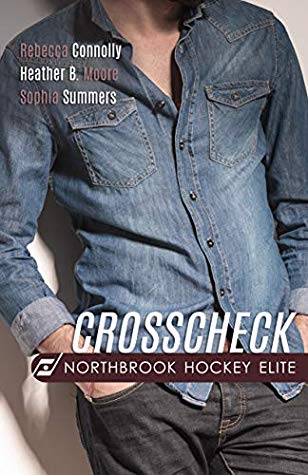 He’s a hard hitter, she’s a straight shooter. Can they stop the sparks from flying? Do they want to?

Zane Winchester is a beast on the ice, known for racking up penalties and delivering hard blows. No one would suspect the complicated nature of his personal life, or just what it entailed. And no one, not even him, would have suspected what one unexpected encounter with a remarkable woman would do to his life.

Mara Matthews is a regular woman with a regular job and a regular life. Then she meets the father of one of her little students, and regular becomes the last word to describe her life. Zane is intense, funny, charming, and drop dead gorgeous; he shouldn’t pay any attention to someone like her. But Zane isn’t giving up, and Mara doesn’t want him to.

Six professional hockey players used to play on an elite club team together, but have all separated and now play in the pro-hockey leagues. Not all of them were friends, yet circumstances bring them together, and for the greater good, maybe they can put aside their differences. 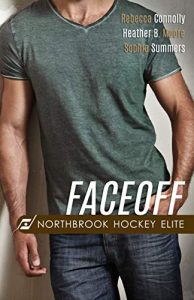 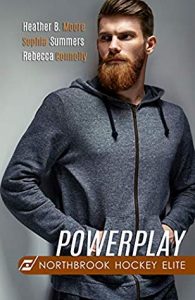 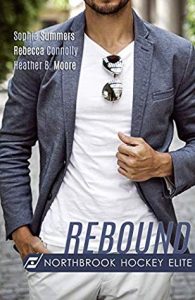 While I’ve enjoyed reading about two of my favorite things (hockey and romance) in the Northbrook Hockey Elite series, Crosscheck turns it up with two more things I love—Tennessee and Zumba.

Those who have followed this series met Zane Winchester and his sweet little girl in book one. Now we get a formal introduction to the man also known as Zamboni. The guy may be an animal on the ice but when it comes to his daughter, he’s a complete marshmallow. And it’s no wonder Mara Matthews is drawn to him.

As a Nashvillian, I can attest to several things the author included in the book. We do notice the stars when we’re out and about but we also leave them alone. The people are also fanatic about their college football, and hockey fans tend to us that (with a little Nascar thrown in) at the games.

Readers new to hockey can learn about the game right alongside Mara. Her interest in the game once she realized who Zane was is adorable. One little hockey correction to the book, though. Overtime during the regular season is played four-on-four (not the full five-on-five) as depicted in Crosscheck. Since this is a fictionalized version of the NHL, though, I’ll let that little slip go.

Crosscheck is an excellent combination of hockey, the hockey life for players when family is involved, and romance. With the addition of Hope (who, at times, steals the show), this one is my favorite in the series thus far.