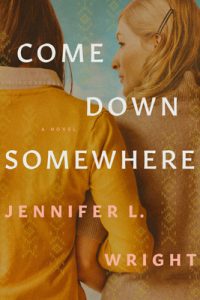 When I first started reading Escape from Amsterdam by Lauralee Bliss, I liked that the book differed from so many other World War II books in that the hero and heroine meet prior to the German occupation of Amsterdam. Readers get a peek into what normal life is for Helen as she anticipates starting college and meets an interesting man who moves her.

But when it took over half of the book to get to what is on the back cover copy of the book, I was ready to quit the story. Thankfully, I hung in there and things picked back up once the action with the children started happening.

Bliss succeeds at pulling on readers’ heartstrings with the sweet children and the couple who agree to shelter them along with Helen and Erik. I just wished it hadn’t taken so long to get there.