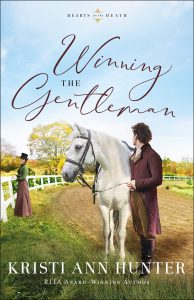 Aaron Whitworth hasn’t had control over most aspects of his life, but he’s always taken pride in being an honorable businessman and better-than-average horseman. When both of those claims are threatened, he makes the desperate decision to hire the horse trainer of a traveling circus as a temporary jockey for his racehorses.

Sophia Fitzroy knows that most horsemen don’t take her seriously because she’s a woman, but she can’t pass up the opportunity to get away from the tumultuous world of travel and performing. As she fights for the right to do the work she was hired for, she learns the fight for Aaron’s guarded heart might be an even more worthwhile challenge.

As secrets come to light and past vulnerabilities are confronted, will Aaron and Sophia sacrifice their former dreams and forge a new one together–against all odds?