Meri Newberg is a character I can 100% relate too (well except that 1950s housewife thing).

How far would you go to find the perfect husband? All the way back to the 1950s? 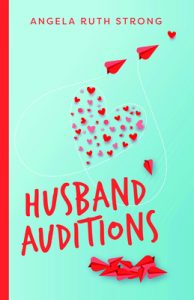 In a world full of happily-ever-after love, Meri Newberg feels like the last young woman on the planet to be single, at least in her Christian friend group. So when she’s handed a strange present at the latest wedding–a 1950s magazine article of “ways to get a husband”–she decides there’s nothing to lose by trying out its advice. After all, she can’t get any more single, can she?

Her brother’s roommate sees the whole thing as a great opportunity. Not to fall in love–Kai Kamaka has no interest in the effort a serious relationship takes. No, this is a career jump start. He talks Meri into letting him film every silly husband-catching attempt for a new online show. If it goes viral, his career as a cameraman will be made.

When Meri Me debuts, it’s an instant hit. People love watching her lasso men on street corners, drop handkerchiefs for unsuspecting potential beaus, and otherwise embarrass herself in pursuit of true love. But the longer this game goes on, the less sure Kai is that he wants Meri to snag anyone but him. The only problem is that he may not be the kind of husband material she’s looking for . . .

With droll comic timing, unbeatable chemistry, and a zany but relatable cast of characters, Angela Ruth Strong has created a heartfelt look at the reality of modern Christian dating that readers will both resonate with and fall for.