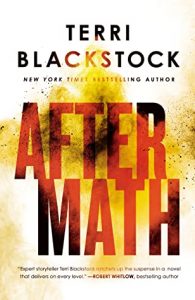 This gripping new thriller from New York Times bestselling author Terri Blackstock will leave you on the edge of your seat.

Three best friends are at the venue just to hear their favorite band . . . but only one of them makes it out alive.

A trunk full of planted evidence.

When police stop Dustin with a warrant to search his trunk, he knows it’s just a mistake. He’s former military and owns a security firm. But he’s horrified when they find explosives, and he can’t fathom how they got there.

An attorney who will risk it all for a friend.

Criminal attorney Jamie Powell was Dustin’s best friend growing up. They haven’t spoken since he left for basic training, but she’s the first one he thinks of when he’s arrested. Jamie knows she’s putting her career on the line by defending an accused terrorist, but she’d never abandon him. Someone is framing Dustin to take the fall for shocking acts of violence . . . but why?