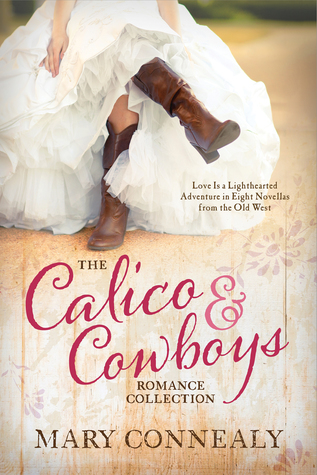 Love sneaks up on eight couples in the Old West.

The Old West comes to life under the talented pen of bestselling author Mary Connealy. Enjoy a lighthearted ride alongside seven historical and one contemporary cowboys and the women who tame their hearts.

The Advent Bride
Melanie Douglas is alone on the Nebraska plains, teaching school to get by. She finds a unique box with hidden drawers to use over the advent season to engage a young boy in his schooling. When Henry O’Keeffe sees a positive change in his son, he has to see for himself what this new teacher is doing.

A Bride Rides Herd
Matt Reeves arrives at his brother’s ranch to find Betsy Harden alone with the little girls during a cattle drive. Will the ladies be too much to handle when Matt steps in for the missing ranch hand?

His Surprise Family
A lonely young rancher orders a mail-order bride and after the vows are spoken, she “surprises” him with her three little brothers. No amount of apologies Meghan McCray gives are going to make Silas Harden, Jr. believe a word she says. Should Silas just build himself another house and let his mail-order family take over the one he’s got?

Homestead on the Range
Widow Elle Winter meets new homesteader Colin Samuelson on the Nebraska prairie, but the attraction between them is soon dampened by the discovery that they have seven children between them. Soon their children are working against them to bring the two families together.

Sophie’s Other Daughter
Dr. Ike Reeves comes home to visit his family only to bring trouble in the form of outlaws who believe he witnessed their latest crime. When the gang traps Ike and his old nemesis, Lauren McClellen, in a cave, they must work together to outsmart the thugs. But will their time together put them in a compromising situation that will threaten both of their good reputations?

The Sweetwater Bride
Debba McClain takes offense at being offered a wedding in exchange for valuable water rights. But she doesn’t like to see a good man’s cattle die of thirst—and the rancher Tanner Harden is rather handsome.

Texas Tea
Luke Reeves has gotten wealthy in the oil business and goes to visit his uncle to convince him to sign over the oil rights to his land. But when he meets his grown up adopted cousin Libby Cooper, he may be forced to give up one dream to win another.

Hope for Christmas
It might be 2016, but Montana is still a mighty rough place to survive the winter. When Silas Harden finds the very pregnant Kelsey Black in a wrecked car surrounded by a pack of wolves in the heart of a blizzard he takes her to his remote home. What will Silas do when the baby decides to come and Kelsey confesses why she was out in such a terrible storm?

What do a tamed herd of longhorns, an advent box with secret compartments, three unruly little girls, and oil have in common? Each has a place in a story in The Calico and Cowboys Romance Collection: 8 Novellas from the Old West Celebrate the Lighthearted Side of Love.

These novellas, all written by Mary Connealy, take readers to Nebraska, Montana, and Texas. Whether couples have a long history, admire each other, or are meeting for the first time, there are plenty of hi-jinks and laughter (something Connealy excels at adding to her stories) on their way to finding their happily ever after. 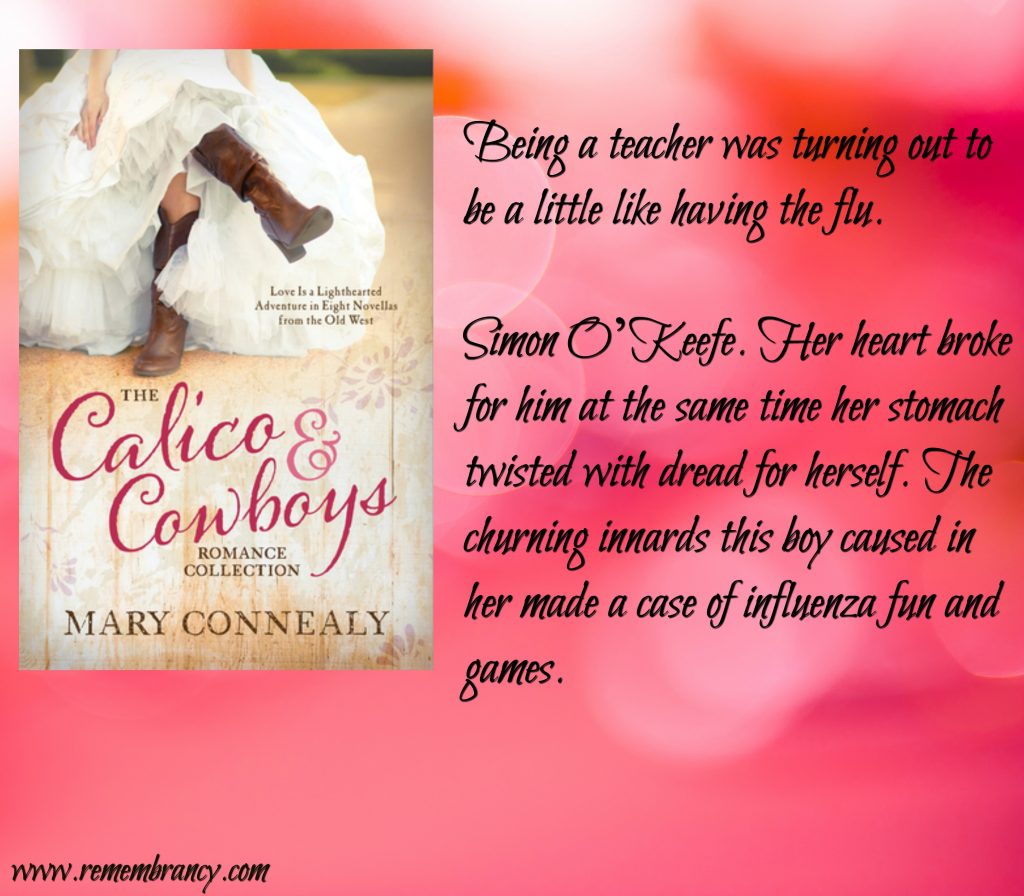 I liked that there was some overlap in these novellas. Each one stands alone, but there is common ground with families—one through several generations—and towns. This common thread made each story I came to a bit more enjoyable with the insight from the previous one with some of these characters.

Get comfortable and settle in to a wild west with heart and humor in this collection.