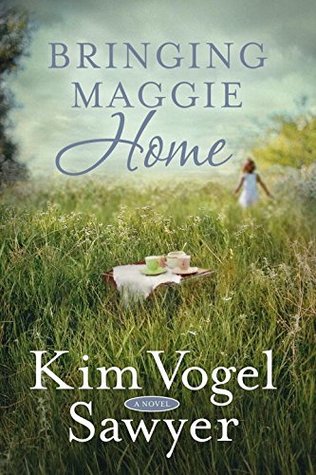 Three generations affected by one tragedy.

When Meghan visits her grandmother to recover from an accident that leaves her ankle broken and in a cast, she isn’t expecting her mother to answer the door. Determined to make the most of her time with her beloved grandmother, Meghan resigns herself to playing the peacemaker between her mom and grandmother.

Meghan has also brought with her photos, memories, and plans to create a scrapbook of her visits with Grandma Hazel through the years. When she digs out a box of photos her grandmother told her about, Meghan and her mom, Diane, learn a secret Hazel has been keeping for almost eighty years. She had a sister who went missing on her watch.

Kim Vogel Sawyer explores relationships and how they shape us in her newest release. Hazel’s life turned upside down when Maggie disappeared. Her parents changed and her own fear of losing someone else she loved smothered her daughter Diane. So Diane raised her daughter in opposition to the way she was raised.

As these three women discover that love is expressed in different ways, Meghan is determined to give her grandmother closure as far as Maggie is concerned. As a cold case detective, she has unique skills—and a faithful partner—to help find out what happened to Maggie.

The combination of the women’s relationships, the tension of them all living together, and they mystery surrounding Maggie that grows throughout the book combined to not only engage me to the point it was hard to put the book down but also examine my own relationships that aren’t quite what I want them to be.