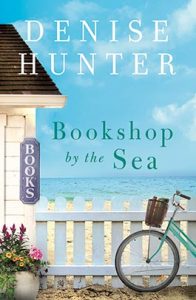 Sophie Lawson should be enjoying her sister’s wedding day. But nothing could have prepared her to see the best man again.

After her mother became bedridden and her father bailed on the family, Sophie found herself serving as a second mother to her twin brother, Seth, and younger sister, Jenna. Sophie supported her siblings through their college years, putting aside her own dream of opening a bookshop in Piper’s Cove—the quaint North Carolina beach town they frequented as children.

Now it’s finally time for Sophie to follow her own pursuits. Seth has a new job, and Jenna is set to marry her college beau in Piper’s Cove. But the destination wedding reunites Sophie with best man Aiden Maddox, her high school sweetheart who left her without a backward glance.

When an advancing hurricane strands Aiden in Piper’s Cove after the wedding, he finds the hotels booked to capacity and has to ask Sophie to put him up until the storm passes. As the two ride out the weather, old feelings rise to the surface. The delay also leaves Sophie with mere days to get her bookshop up and running. Can she trust Aiden to stick around? And will he find the courage to risk his heart?

Denise Hunter is back with a sweet romance filled with engaging characters, second chances and…books (plus there’s a cameo from a character from her previous series).

In Bookshop by the Sea, Sophie and Aiden are brought back together not once, but twice. As the two are forced to spend time together, old hurts and resentments are set aside and attraction simmers again. We learn what drove them apart the first time around and the obstacles facing them now.

While bookshop is in the title, we don’t really see it until the middle of the book, but once there, it’s as inviting as the book cover. Hunter always delivers heartwarming romances with subtle elements of faith that organically weave through the story, and this novel is no exception.