What happens when a case hits close?

In Deep Extraction by DiAnn, that’s the exact question FBI Special Agent Tori Templeton and reinstated Deputy US Marshal Cole Jeffers wrestle with as they investigate a murder.

As the two uncover unbelievable hidden truths about a man they called friend, they struggle with the possibility a member of his family might have killed him. Not to mention the growing attraction between Tori and Cole.

Both of these characters are tough, no-nonsense law enforcement agents but both also have fears they deal with daily.

The body count rises without a break in the case which keeps the FBI task force (as well as readers) scrambling to find the answer.  I loved that there were a couple extra surprises at the end of the book.

DiAnn Mills’ keeps the adrenaline pumping throughout Deep Extraction while allowing glimpses into the true character of her, well, characters. A fast read with a lot of puzzle pieces to fit together that won’t disappoint fans of romantic suspense.

While this is the 2nd book in the FBI Task Force series, it completely stands alone.

More about the Book

A pacemaker should have saved oil and gas magnate Nathan Moore’s life. Instead, it provided his killer with a seemingly perfect means of execution.

A bombing at one of Nathan’s oil rigs days earlier indicates his death could be part of a bigger conspiracy, a web Special Agent Tori Templeton must untangle. But her first order of business is separating the personal from the professional—the victim’s wife, her best friend, is one of the FBI’s prime suspects.

Clearing Sally’s name may be the biggest challenge of her career, but Tori finds an unexpected ally in the newest member of the task force, recently reinstated Deputy US Marshal Cole Jeffers. As Tori and Cole dig deeper into Nathan’s personal and business affairs, they uncover more than they bargained for. And the closer they get to finding the real killer—and to each other—the more intent someone is on silencing them for good. 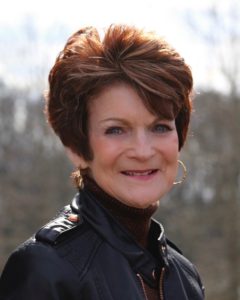 DiAnn Mills is a bestselling author who believes her readers should expect an adventure. She combines unforgettable characters with unpredictable plots to create action-packed, suspense-filled novels.

Her titles have appeared on the CBA and ECPA bestseller lists; won two Christy Awards; and been finalists for the RITA, Daphne Du Maurier, Inspirational Readers’ Choice, and Carol award contests. Library Journal presented her with a Best Books 2014: Genre Fiction award in the Christian Fiction category for Firewall.

DiAnn is a founding board member of the American Christian Fiction Writers; a member of Advanced Writers and Speakers Association; International Thriller Writers, and the Faith, Hope, and Love chapter of Romance Writers of America. She is co-director of The Author Roadmap with social media specialist Edie Melson where she continues her passion of helping other writers be successful. She speaks to various groups and teaches writing workshops around the country.

DiAnn has been termed a coffee snob and roasts her own coffee beans. She’s an avid reader, loves to cook, and believes her grandchildren are the smartest kids in the universe. She and her husband live in sunny Houston, Texas.

DiAnn is very active online and would love to connect with readers on any of the social media platforms listed at www.diannmills.com.

I receive complimentary books for review from publishers, publicists, and/or authors, including Tyndale House Publishers. I am not required to write positive reviews. The opinions I have expressed are my own. I am disclosing this in accordance with the Federal Trade Commission’s 16 CFR, Part 255.