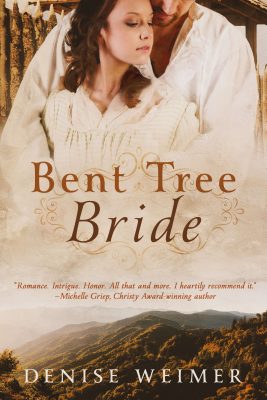 “Romance. Intrigue. Honor. All that and more. I heartily recommend it.” —Michelle Griep, Christy Award-winning author

Susanna Moore can’t get him out of her mind—the learned lieutenant who delivered the commission from Andrew Jackson making her father colonel of the Cherokee Regiment. But the next time she sees Lieutenant Sam Hicks, he’s leading a string of prisoners into a frontier fort, and he’s wearing the garb of a Cherokee scout rather than the suit of a white gentleman.

As both Susanna’s father and Sam’s commanding officer, Colonel Moore couldn’t have made his directive to stay away from his daughter clearer to Sam. He wants a better match for Susanna—like the stuffy doctor who escorted her to Creek Territory. Then a suspected spy forces Moore to rely on Sam for military intelligence and Susanna’s protection, making it impossible for either to guard their heart.

In this excerpt, Lieutenant Sam Hicks of the Cherokee Regiment, who has been assigned as bodyguard to the daughter of his colonel, takes Susanna Moore on his horse. Recovering from pneumonia, Susanna’s weakened state necessitated her departure from Fort Strother.

“Will you ride with me, Miss Moore?”

A nod was all she gave him, but it was all he needed. He edged his mount close to theirs, twisted his reins under his saddle, and held out his arms. Susanna leaned toward him. He caught her under the arms, and she gave a cry of fright as he pulled until she landed sidesaddle on his stallion. He didn’t miss Mrs. Moore’s frown when he wrapped his arms around her stepdaughter. And no wonder. The curves of her womanly figure, her fast-beating heart, smote him with far more awareness than he’d anticipated. He’d never held a woman this close. He hadn’t wanted to until he’d met one he’d consider taking to wife.

“Good?” he murmured against the back of her head. When she nodded, he pinched up a bit of fabric on the left side of her skirt. “See if you can swing this leg over now.”

She gave a muffled laugh. “Well, at least you’ll have less view of my ankles from up here than from the side.”

Sam rumbled a chuckle. “I wasn’t looking at your ankles.” He might have. Once. Not much to see but striped wool stockings, though.

“Oh, brother.” George rolled his eyes. “Are you going to lead us across the creek, or should I?”

“We’re going.” Especially since Colonel Moore and Dr. Hawkins both pulled up on their stallions, their scowls fierce enough to scald the hair from Sam’s head. Mrs. Moore straightened in her saddle, securing her reins as she pivoted to face the colonel. “I needed help, husband. I was not strong enough to hold onto our daughter in her weak state. She will rest better against Lieutenant Hicks.”

He gave a brief nod, but Dr. Hawkins looked as if he might come off his horse. Or throw his medical chest in Canoe Creek and seize Susanna from Sam’s clutches and gallop away. It would seem that the diminished restraints of the frontier and his lack of progress with Susanna were evoking some deeper emotions in the poor man.

He’d hoped the physician might remain at Strother, but Hawkins seemed to have pledged his services to Colonel Moore and his regiment.

As for Mrs. Moore, Sam had no idea why she took up for him—except for the fact that she shared his native blood—but she deserved the status of a Cherokee Blessed Woman. He waited only for a terse nod from Colonel Moore before he set out, splashing across the creek. Was he mistaken, or was Susanna chuckling? 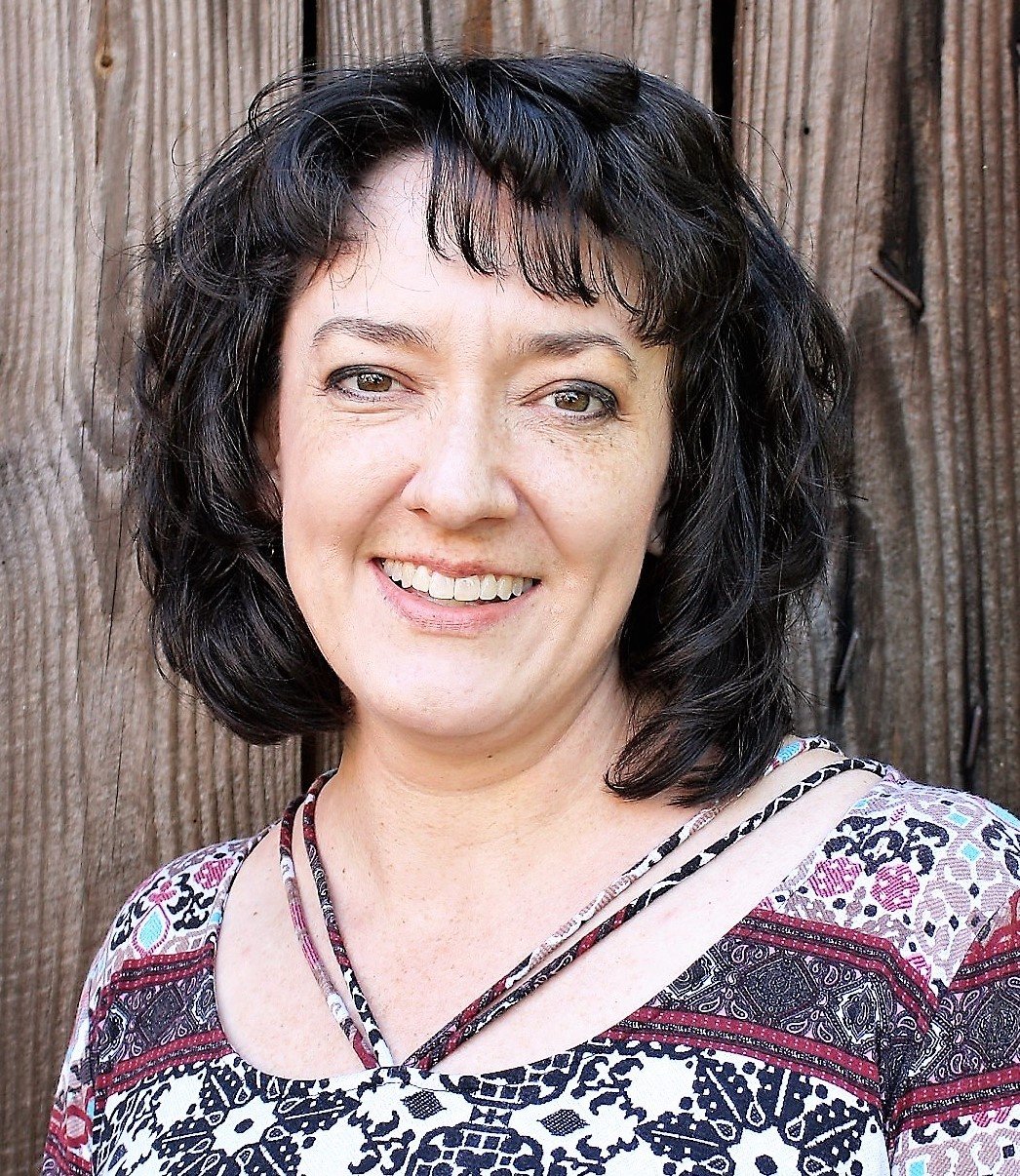 Denise Weimer writes historical and contemporary romance and romantic suspense mostly set in her home state of Georgia. She’s authored a dozen traditionally published novels and a number of novellas. As a managing editor at Lighthouse Publishing of the Carolinas, she also helps others reach their publishing dreams. A wife and mother of two daughters, Denise always pauses for coffee, chocolate, and old houses.

(1) winner will receive a print copy of Bent Tree Bride and related story, The Witness Tree (2019), a pair of silver feather earrings, and a $20 Amazon gift card! (retail value $60) 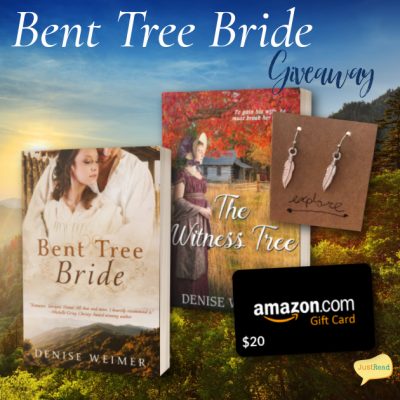 Full tour schedule linked below. Giveaway began at midnight April 20, 2021 and will last through 11:59 PM EST on April 27, 2021. Winner will be notified within 2 weeks of close of the giveaway and given 48 hours to respond or risk forfeiture of prize. US only. Void where prohibited by law or logistics.