There’s been a mini-trend this year in Christian fiction. I’d say this is the years of sisterhood. Specifically, twin sisters. This is the third story featuring twin sisters I’ve read this year. Yet, every one of them has been unique and moving.

Charlie and Waverly Talbot could not be more opposite. Waverly is put together, hosts a successful cooking show, and is happily married. Charlie lives on a different continent, works for an international aid organization, and thrives on her independence.

Despite their differences, both Waverly and Charlie are gripping something so tightly, they have little room for accepting other blessings. For Waverly, it’s her desire to be a mother while Charlie holds onto an event from her past.

As each sister sacrifices something for the other, they begin to appreciate the differences (and strengths) in each other, ones they haven’t been able to see before due to circumstances and distance.

I really enjoyed the scenes set in the book in the Balkan states (mostly Budapest but others as well) and the descriptions, especially the food. I should point out here that I dinged Rachel Linden for too much telling in the previous book, but this one definitely puts the reader in the scenes.

While the first half of the book gives readers background on each sister and sets up the second half of the book (which, for me, dragged at times), the growing and strengthening relationship between these two is worth it. 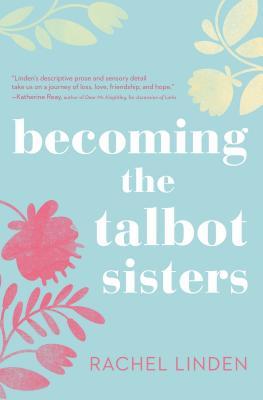 Twin sisters Waverly and Charlie Talbot have drifted far apart as they pursue opposite dreams of stardom and service to the poor. On an astonishing journey across Central Europe, they must come together to face their fears, find their courage and fight for what they love.

Celebrity chef Waverly Ross has built a successful career with her home-entertaining show Simply Perfect. Yet she and her husband, Andrew, have never been able to realize the true desire of Waverly’s heart: to become a mother. Meanwhile Waverly’s twin sister, Charlie Talbot, buries her bitter disappointment and shattered idealism beneath a life spent serving others as an international aid worked in Budapest, Hungary.

When the beloved aunt who raised them passes away, Waverly and Charlie come together in their grief after living years on separate continents. Struck by a fierce desire to bridge the distance between them, Charlie offers Waverly and her husband the selfless gift of surrogacy.

But soon the sisters find they are each in danger of losing their jobs, seemingly putting their dreams on hold once again. When Waverly shows up unannounced in Budapest with a plan to rescue Simply Perfect, the sisters embark on an adventure across Central Europe that could save them both from occupational hazards. Though the twins haven’t had to rely on each other since childhood, an unforeseen dangerous turn in their journey across Europe forces them to stand together to save their careers, the baby, and each other.