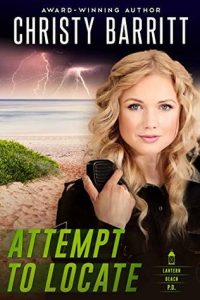 A deadly trio of robbers. A missing woman. A community in crisis.

A fun girls’ night out turns into a nightmare when armed robbers barge into the store where Cassidy and her friends are shopping. As the situation escalates and the men escape, a massive manhunt launches on Lantern Beach to apprehend the dangerous trio.

In the midst of the chaos, a potential foe asks for Cassidy’s help. He needs to find his sister who fled from the secretive Gilead’s Cove community on the island. But the more Cassidy learns about the seemingly untouchable group, the more her unease grows.

The pressure to solve both cases continues to mount. But as the gravity of the situation rises, so does the danger. Cassidy is determined to protect the island and break up the cult . . . but doing so might cost her everything. 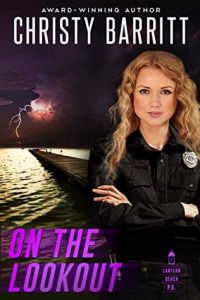 One of the many reasons I love Christy Barritt’s romantic suspense series is because of the time I get to spend with the characters. Here we are in the 2nd Lantern Beach spinoff and I still get to hang out with Cassidy and Ty. But even better, I get to meet some new residents of this beach town as the series goes on.

Another reason is the over-arcing thread that runs throughout the series that makes me keep reading while another mystery is solved within the pages of each book.

In Attempt to Locate, readers once again get to sit in the Police Chief chair with Cassidy and experience both the good and the bad of her position. There are missing persons, an attempted burglary, a kidnapping, and someone dead set on revenge. How could you not put this book down until the end? Oh, and I loved the cameo from a character in the Joey Darling series, too.

My only complaint is that I just don’t have enough time to devour all Barritt’s books as soon as she releases them. But there’s always there waiting for me when I can squeeze them in.