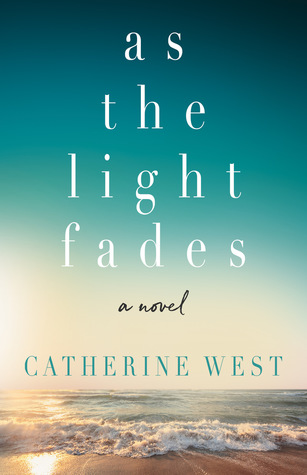 Sometimes we’re placed in the strangest of circumstances for the most important reasons.

After her carefully constructed life crumbles, Liz Carlisle finds herself back on Nantucket, picking up the pieces. With the family estate under renovations, the solitude she craves seems out of reach.

Matthew Stone intends to steer clear of his new tenant. She’s carrying a load of baggage, but as long as she pays the rent, he’ll let her be. He’s got enough to deal with caring for his wayward niece, Mia.

Liz doesn’t have time for teenagers and her track record with men is abysmal, but an unlikely friendship forms between the three.

When her former boyfriend is charged with assault, Liz is called to testify against him. But he knows the darkest secrets of her life—secrets she’d hoped to keep buried forever, and he’s ready to reveal them. Telling the truth is the right thing to do, but it may cost her everything she’s worked so hard for, and all she’s come to love.

In As the Light Fades, Catherine West once again grabs readers’ heartstrings and tugs on them throughout the book.

West delicately yet authentically tackles some difficult subjects such as abuse an Alzheimer’s right alongside family dynamics and fresh starts. Liz and Matthew face challenges and stand on the precipice of new beginnings as they struggle to overcome obstacles while their lives intertwine.

Friendships formed, healing relationships, shedding shame, and forgiveness granted are a few of the themes in this emotional and engaging new release. And yes, I’m already wondering how many tissue boxes we’ll have to go through in the next read from this author.