Roseanna M. White writes characters I want to hang out with long after the end of the book. Evelina and Barclay in An Hour Unspent is no exception.

Let me just get right to the point and then I’ll delve in a little deeper: Barclay’s story was completely worth the wait!

The self-appointed older brother to a patchwork family of orphans and street thieves, Barclay’s heart for those he has chosen to love and protect shines throughout the pages of An Hour Unspent. When he is given an assignment by the mysterious V and connects with a clockmaker and family, he is drawn to the man’s daughter. Evelina Manning’s drive and determination hide a more vulnerable side that Barclay sees clearly. 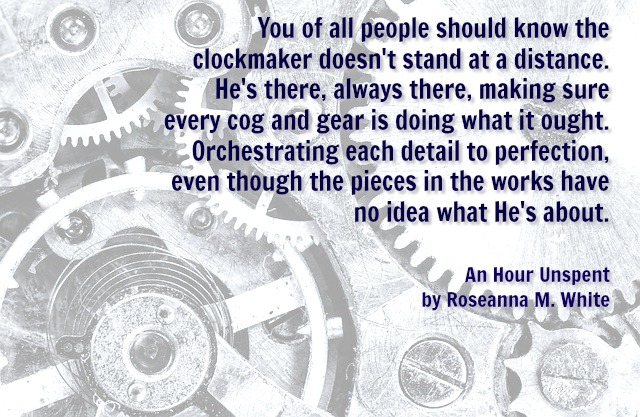 Set against the backdrop of World War I, Barclay’s story has twists and turns that I didn’t see coming. But one of my favorite parts of reading a Roseanna M. White book is gaining the little pieces of history that I’d not ever thought about throughout.

Barclay is new in his faith and struggles with his past choices (especially when a couple of them come back into his world), but the man has a heart of gold and that is what makes you cheer for this guy to get his HEA with someone who understands him and his love for those less fortunate.

The final book in The Shadows Over England series, An Hour Unspent gives readers an additional treat with a little peek into V’s life as well as the chaos and closeness of Barclay’s charges. 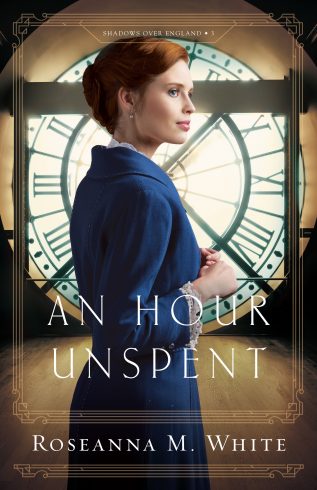 Roseanna M. White is a bestselling, Christy Award nominated author who has long claimed that words are the air 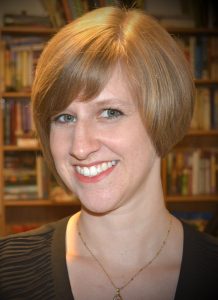 she breathes. When not writing fiction, she’s homeschooling her two kids, editing, designing book covers, and pretending her house will clean itself. Roseanna is the author of a slew of historical novels that span several continents and thousands of years. Spies and war and mayhem always seem to find their way into her books…to offset her real life, which is blessedly ordinary. You can learn more about her and her stories at www.RoseannaMWhite.com.