One of my favorite things about reading is finding new authors that engage me from the beginning, and with her debut, J’Nell Ciesielski does just that. Among the Poppies is a World War I romance with a heroine bursting with strength, courage, and the need for adventure. 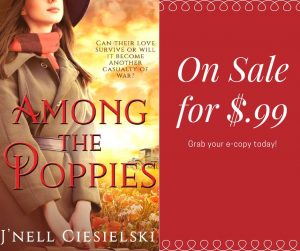 Can the fragile first bloom of love survive the horrors of the First World War?

Gwyn Ruthers longs for a life of adventure. As the daughter of a chauffeur, she finds some freedom behind the wheel of a car, but there is a list of things and places to see burning a hole in her. The first opportunity to experience something more comes when she’s offered the position of driving an ambulance on the front lines in France. 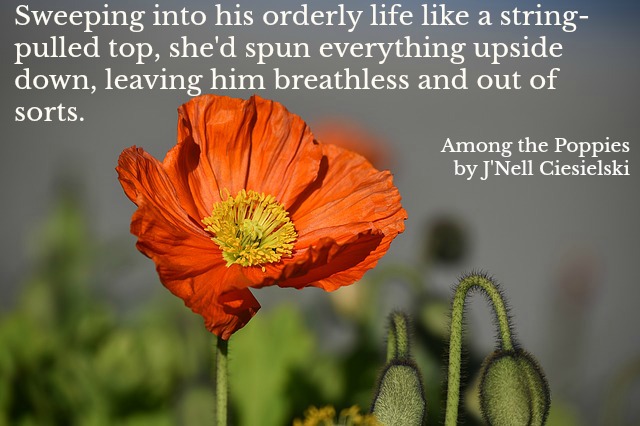 Captain William Crawford is both intrigued and exasperated by Gwyn’s spirit. Raised a soldier, William is a rule follower and Gwen follows her spirit. The last place he wanted to see her again was the middle of a war zone.

J’nell Ciesielski puts readers in the center of the terrors of war with captures, life-threatening (and life-altering injuries), battlefields, gas attacks, and the more mental aspects such as survivor’s guilt, self-pity, and depression. Yet the dark and discouraging reality of war is well balanced with lighter moments. Ones that give glimpses of life after the fighting ends—dreams held, love discovered, friendships formed and others strengthened.

You don’t want to miss this fabulous debut I couldn’t put down. And bonus, the ebook is on sale through 6/24/18 for only $0.99 (click on image above or at bottom of this post to get to the deal)! 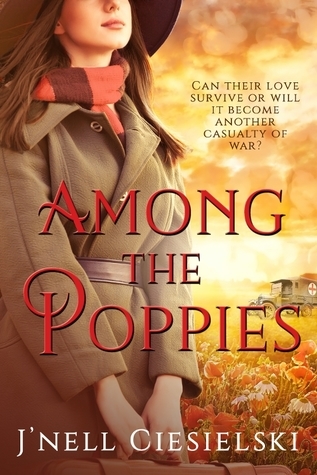 The ideal lady wears lace, speaks quietly, and never under any circumstances fixes an automobile. But Gwyn Ruthers has never cared two snaps about being the ideal lady. With the war to end all wars exploding across the English Channel, she leaves behind her restrictive life as a chauffer’s daughter to serve in an all-female ambulance unit in France. She’s not about to let her social status or gender prevent her from serving her country. Not even a handsome captain can distract her from her mission. Most of the time.

Captain William Crawford wouldn’t wish the ravages of war on any man, much less the captivating woman who insists on driving into battle instead of staying safely at home. He can’t deny that the troops need more medical help, but not when it puts innocent women in danger. How can he lead his men against the Jerries while worrying about Gwyn’s safety?

Bound together by circumstances, Gwyn and William can’t stop the love growing between them. Can their relationship survive, or will it become another casualty of war?

Get it now while it’s on sale!