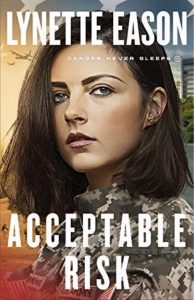 Sarah Denning is a military journalist with the Army in the Middle East when her convoy is attacked and she’s taken hostage. When former Army Ranger Gavin Black is asked by his old unit commander–Sarah’s imposing father–to plan an extremely risky rescue, he reluctantly agrees and successfully executes it.

Back in the US, Sarah is livid when she’s discharged on a false psychiatric evaluation and vows to return to the Army. Until she learns of her brother’s suicide. Unable to believe her brother would do such a thing, she puts her plans on hold and enlists Gavin to help her discover the truth. What they uncover may be the biggest story of Sarah’s career–if she can survive long enough to write it.

Strap in for another breakneck nail-biter from bestselling romantic suspense author Lynette Eason that will have you up turning pages long into the night. 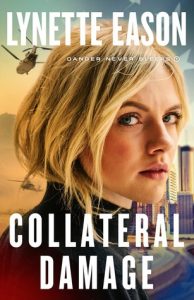 In addition, Eason handle the topics of depression and suicide with a delicate and understanding touch without making blanket statements about treatment. Instead, she emphasizes that treatment is different for everyone with mental health issues. And while there is some suspense built around this topic after Sarah’s brother commits suicide, it is never brushed off.

Gavin is a great character who supported Sarah while protecting her to the best of his ability. He listens but he also doesn’t shy away from the difficult conversations. Sarah, on the other hand, is a little harder to connect with. Her resentment and anger toward her dad throughout most of the book got old—especially when her bitterness and unforgiveness are decidedly not how a Christian should act.

The resolution between Sarah and her father came too little too late for me, but the other pieces of the story made up for it, and I am anticipating the January release of the next book in the series.