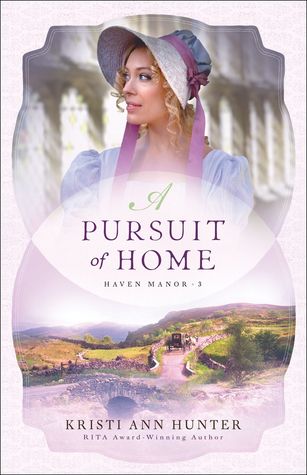 In early 1800s England, Jess Beauchene has spent most of her life in hiding and always on the move in an effort to leave her past far behind her. But when she learns the family she thought had died just might be alive and in danger, she knows her secrets can only stay buried for so long.

Derek Thornbury loves the past, which has led him to become an expert in history and artifacts. He knows Jess has never liked him, but when she requests his help deciphering the clues laid out in an old family diary, he can’t resist the urge to solve the puzzle.

As Jess and Derek race to find the hidden artifact before her family’s enemies, they learn as much about each other as they do about the past. But can their search to uncover the truth and set history right lead to a future together? 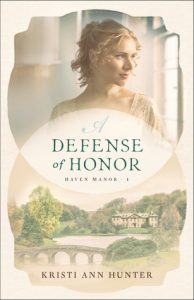 I was already a superfan of Kristi Ann Hunter’s Regency books but wow, did A Pursuit of Home blow all of my (rather high) expectations out of the water.

First, there’s Jess! Finally, finally, Jess’s backstory is revealed and it’s beyond anything I could have dreamed up. Then Hunter pairs the lady who gets things done whatever it takes with a somewhat stodgy and cerebral art appraiser. From there, sparks fly. Sometimes they’re flying as Jess and Derek butt heads over opposing opinions and others, well, let’s just say there’s a shift in their attitudes towards each other at some point.

As if that wasn’t enough to capture readers, Hunter also brings Kit, Daphne, and some familiar faces from the Hawthorne House series make their way into the fold and make for the perfect recipe (especially since the Hawthorne’s matchmaking machinations have not abated with time).

Wrongs are righted, questions are answered, and with Derek’s help, Jess figures out the person she’s meant to become. You most definitely do not want to miss the Haven Manor series finale.