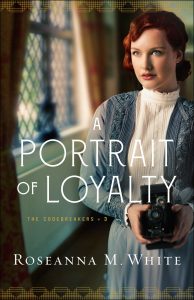 Zivon Marin was one of Russia’s top cryptographers until the October Revolution tore apart his world. Forced to flee to England after speaking out against Lenin, Zivon is driven by a growing anger and determined to offer his services to the Brits. But never far from his mind is his brother, whom Zivon fears died in the train crash that separated them.

Lily Blackwell sees the world best through the lens of a camera and possesses unsurpassed skill when it comes to retouching and re-creating photographs. With her father’s connections in propaganda, she’s recruited to the intelligence division, even though her mother would disapprove if she ever found out.

After Captain Blackwell invites Zivon to dinner one evening, a friendship blooms between him and Lily that soon takes over their hearts. But both have secrets they’re unwilling to share, and neither is entirely sure they can trust the other. When Zivon’s loyalties are called into question, proving him honest is about more than one couple’s future dreams–it becomes a matter of ending the war. 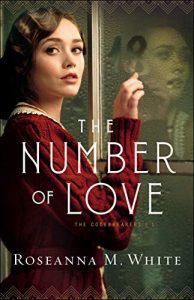 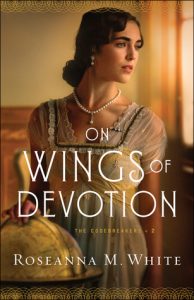 Every one of Roseanna M. White’s books is a masterpiece, and A Portrait of Loyalty proves once again why readers love White’s books. Set during WWI, White infuses her stories with history lessons, intrigue, romance, and the ups and downs of life.

Lily and Zivon are wonderful, well-rounded characters whose pasts shape their lives. They both see the world through a different lens and that is what draws them together. The way Lily finds beauty in the midst of a war is touching and wonderful and inspiring. But there are also heart-wrenching moments of fear and heartache interspersed in this story.

White’s ability to inject her stories with details that don’t overwhelm the plot are second to none. And there’s the added bonus of some familiar characters and names from her last two series that pop up here and there.

I devour every book written by White but the great thing about them is they are truly worthy of multiple reading.