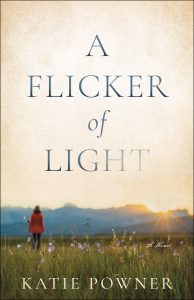 Secrets are like pennies. Everybody’s got one, even the poorest among us.

For generations, the Jensens have raised their families in the small Montana town of Moose Creek, where gossip spreads faster than the wind. Yet some secrets need to be told.

When twenty-one-year-old Bea discovers she’s pregnant on the heels of her husband losing his job, she’s forced to admit she needs help and asks her dad for a place to stay. But past resentments keep her from telling him all that’s going on.

Mitch Jensen is thrilled to have a full house again, though he’s unimpressed with Bea’s decisions: dropping out of college, marrying so young–and to an idealistic city kid, of all things. Mitch hopes to convince Bea to return to the path he’s always envisioned for her, but she’s changed since her mom died. And he refuses to admit how much he’s changed, too, especially now that he might be losing his mother as well.

Grandma June is good at spinning stories, but there’s one she’s never told. Now that her mind is starting to fade, her time to tell it is running out. But if she reveals the truth before her memories are gone forever, the Jensen family will never be the same.

Katie Powner gives readers another character-driven story about normal people in a normal family facing hardships in A Flicker of Light.

Bea, her father, and her grandmother are each struggling with the turn their lives have taken. Each of them carries secrets that affect their day-to-day outlook and their relationships. Powner pulls readers into the book and keeps us there because we hope these characters will find contentment in their situations.

In addition to the characters, the author gives readers a taste of the concern, confusion, and fear of living with someone in the onset of Alzheimer’s—for both the person who has it and for those who love that person.

Set against the beautiful backdrop of a tiny Montana town, you’ll feel a part of this community and family with their heartaches and moments of happiness.