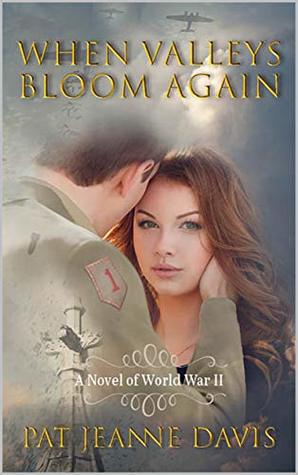 ​As war approaches in 1939, Abby Stapleton’s safety is under threat. Her father, a British diplomat, insists she go back to America until the danger passes. Abby vows to return to her home in London—but where is home? With her family facing mortal danger so far away and feeling herself isolated, she finds it hard to pray or read the Bible. Did she leave God behind in war-torn London too? Abby becomes friendly with Jim, a gardener on her uncle’s estate.

Jim can’t get Abby out of his mind. Did she have a sweetheart in England? Was it foolish to think she’d consider him? He curses his poverty and the disgrace of his father’s desertion and drunkenness haunts him. Can he learn to believe in love for a lifetime and to hope for a happy marriage?

Abby couldn’t know the war would last a long time, nor that she would fall in love with Jim—soon to be drafted by the US Army—or that she’d have to confront Henri, a rejected suitor, determined by his lies to ruin her reputation and destroy her faith in God’s providence. Will she discover the true meaning of home and find happiness with Jim?

PAT JEANNE DAVIS has a keen interest in 20th Century United States and British history, particularly the period of World War II. Her longtime interest in that era goes back to the real-life stories she heard about family members who served during the war. When Valleys Bloom Again is a debut inspirational romance set in WWII. She enjoys flower gardening, genealogy research and traveling with her British-born husband. She writes from her home n Philadelphia, Pa. Pat has published essays, short stories and articles online and in print. She is a member of American Christian Fiction Writers.
GOODREADS | FACEBOOK | INSTAGRAM | PINTEREST
​BOOKBUB | LINKEDIN | AMAZON | WEBSITE

The train station teemed with soldiers and their sweethearts by the time Jim and Abby arrived. Her heart sank like lead under the weight of all the other goodbyes on the platform.

Jim drew her near. “I can see your aunt’s ballroom full of soldiers for one of her events. I’m jealous already.”

Abby tightened her grip around his waist. “Can’t foresee any competition.”

He stroked her cheek. “Just don’t let them hear you sing, and don’t smile too much.”

They went over the footbridge to the quieter side of the platform, keeping an ear out for the announcement of departure. She reached into her purse and handed him a small tinted photograph of them on her graduation day.

Jim broke the silence. “This is more painful than in January when I left for training.”

She nodded, the specter of separation hovering over them threatened to drain away the joy of the past ten days.

The train whistle blew and she jumped, legs trembling. She’d hoped to be prepared for their parting. But she wasn’t. She hated the Japanese for taking Jim away from her.

He snatched up his duffel bag and with his free arm grasped her hand. As they clattered up the metal steps and along the steel-walled gangway over the tracks, their footsteps echoed. Abby shrank from the cold, hard noise. A cloud of steam rose up and engulfed Jim. She tried to drag him back. He pressed on, pulling her behind him, his head turned away, as if heedless of the silent shriek inside her—please don’t go! 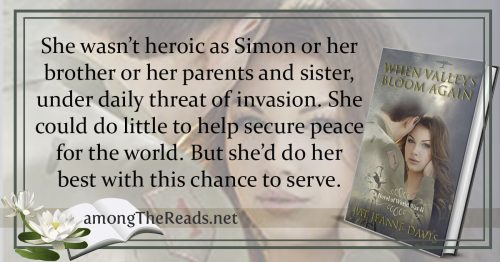 They stood together beside the train. “I wish you didn’t ha-ha-have to go,” she said, clasping his hand to the side of her face. Setting his cap straight, she stepped back and flashed a mock salute, determined to be strong for the sake of others here, all brought together by the sorrow of parting—but especially for Jim.

A tight, desperate embrace and a last kiss before Jim hopped onto the bottom rung. The conductor made an inspection of the platform before giving the “All Aboard.” Abby gripped Jim’s arm. Clutching his hand, she ran alongside the rolling train—taking him hundreds of miles away—until she fell behind and had to let go.

The train wiggled out and away from the platform. Long after it had shrunk to a pale silver dot on the blank horizon, Abby stared down the track, hollow inside and unable to will herself away. The crowd dissolved into its melancholy components, and she flowed out with them to the exit.

On her return home, she pulled the drapes across the window before dusk set in, then curled up in a chair, arms wrapped tight around the cushion. Had they made the right decision to wait until after the war to get married? Many of her former classmates were making wedding plans even now. Long after the first owl announced its presence and the chill of night settled in her body, Abby sat there. Not until the egg-yellow light of a new dawn filtered through the window shutters did she fall asleep.

One winner will receive a print copy of When Valleys Bloom Again.
Giveaway ends on June 9 at 11:59pm Mountain Time.
Giveaway is subject to policies HERE:
Enter the giveaway HERE.
a Rafflecopter giveaway