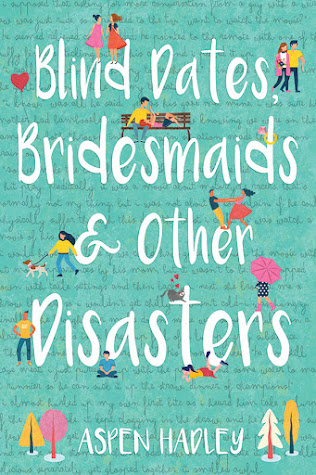 One great job, two awesome roommates, and a supportive family. But when her roommate Hannah announces her engagement, Rachel sees eternal singleness and innumerable cats in her future. When the bride-to-be issues a challenge–go on six blind dates and before the “I do’s” –Rachel isn’t convinced her imagined future is that bad in comparison. The dates are predictably horrible and the situation further complicated by the return of James, Rachel’s first, long-lost love. James says he is over her . . . but is Rachel over him?

As the starting time (for the 10k race) arrived, (my blind date) Mitch announced that he wanted to be at the front of the crowd. I followed him with heavy feet. How was I supposed to look all athletic and charming while moving my body in a way it wasn’t familiar with? Not to mention my lungs. My poor lungs were about to have the fight of their life.

I was saved having to overthink it by the sound of a gunshot. My first thought was to duck, but others around me took off running, and I managed to keep from embarrassing myself thanks to my instinctual herd mentality. When everyone around you is running, you run.

Mitch was kind enough to let me set the pace. It was a mistake on his part, but it was kind. After a minute or two during which I applauded myself for pulling off a steady jog, Mitch finally spoke up.

Oh heavenly days. He thought I was just getting started when in reality I was at my peak performance. Still, I nodded. My mom always warned me that pride cometh before the fall.

Mitch poured on the juice and moved ahead of me on the road as he zigged and zagged between other runners. I pushed myself harder and managed to make a respectable showing while dodging people. When I caught up to him, he started asking me more questions.

“Where did you go to college? How did you meet your roommates? What’s your favorite kind of food? Favorite vacation spot?” He fired questions faster than I could answer them.

I was trying desperately to respond, to appear fit as a fiddle, to be charming and lovely. In the end, it wasn’t meant to be. I don’t know if a rock caught my toe or if my foot gave out, but one moment I was cheerfully telling him I loved Mexican food and the next I was eating asphalt.

I heard Mitch make a sound as he looked back and saw me on my stomach. I was trying to catch my breath as he hurried back to my side and rolled me onto my back. A stinging sensation on my chin told me I’d hit it too. I hoped it wasn’t scraped too badly. I reached up trembling fingers to test it. They came away with some blood and gravel. I winced and put my fingers back on my wound.

“Did you get the wind knocked out of you?” Mitch asked. It was a perfect excuse for my heavy breathing, so I nodded and let him think that. “Are you hurt anywhere? Can you move your legs? Did you hit your head or just your chin?” he asked. What was with him and a zillion questions all the time? This time I shook my head.

I let my eyes slide closed, my fingers still covering my chin, as I felt a lump rise in my throat at the sight of him. Kind of like how you’re always okay with getting hurt until your Mom shows up, and then you’re a sobbing mess. 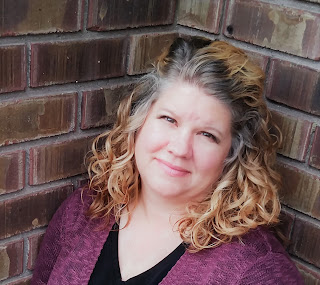 Aspen Hadley loves nothing more than a great story. She has devoted herself to story-telling for the majority of her life, writing her first novel at her kitchen table in the 8th grade. Aspen writes what she wants to read: clean, sassy, romantic comedy novels that give you a break from real life and leave you feeling happy.

Outside of writing, Aspen’s number one hobby is reading. Number two is sneaking chocolate into and out of her private stash without being caught. Other favorite things include: playing the piano, listening to classic rock, telling jokes around the dinner table, eating ice cream, traveling, a good case of the giggles, and riding on ATVs over the mountains and deserts of Utah.

Aspen shares her life with a patient husband, 4 hilarious children, and 1 grumpy dog in a quiet suburb in the foothills of her beloved mountains.

Given the choice she would road trip her life away, singing along to the radio and sleeping in every morning.