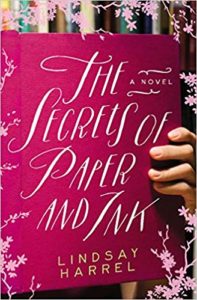 Lindsay Harrel presents a powerful story of healing, forgiveness, and finding the courage to write your own story.

A year after the death of her abusive fiancé, domestic violence counselor Sophia Barrett finds returning to work too painful. She escapes to Cornwall, England—a place she’s learned to love through the words of her favorite author—and finds a place to stay with the requirement that she help out in the bookstore underneath the room she’s renting. Given her love of all things literary, it seems like the perfect place to find peace.

Ginny Rose is an American living in Cornwall, sure that if she saves the bookstore she co-owns with her husband then she can save her marriage as well. Fighting to keep the first place she feels like she belongs, she brainstorms with her brother-in-law, William, and Sophia to try to keep the charming bookstore afloat.

More than 150 years before, governess Emily Fairfax knew two things for certain: she wanted to be a published author, and she was in love with her childhood best friend. But he was a wealthy heir and well out of her league. Sophia discovers Emily’s journals, and she and William embark on a mission to find out more about this mysterious and determined woman, all the while getting closer to each other as they get closer to the truth.

The lives of the three women intertwine as each learns the power she has over the story of her life.

For everyone who has ever felt like they made a poor decision, held an unrequited love close to their heart, or suffered through a heartbreaking relationship, this story is for you.

Lindsay Harrel masterfully carves the lives of three women into a masterpiece to admire. As Sophia recovers from the death of her fiancé, dealing with equal parts grief and relief, she discovers the journal of Emily Fairfax, an English governess from a century and a half ago. Ginny is struggling to keep her and her husband’s bookstore afloat despite his absence. 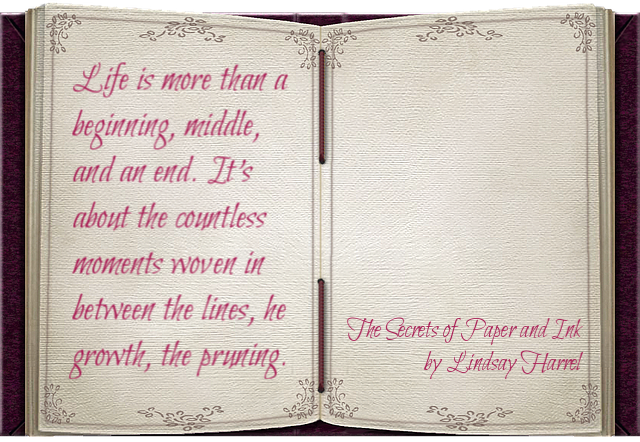 Sophia and Ginny form a friendship as they work alongside each other, sharing bits and pieces of their stories as they grow closer, but it’s Emily’s story that really ties everything together so marvelously.

There is (plenty of) romance in this novel, but the heart of the book is in the discoveries Sophia, Ginny, and Emily make as their own stories unfold. There is often pain in the journey, but in the end, knowing whose they are is the true happy ending they seek. And in his goodness, God gives them even more. 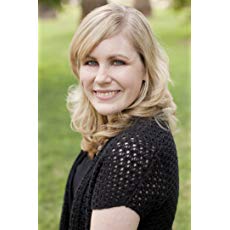 Lindsay Harrel is a lifelong book nerd who lives in Arizona with her young family and two golden retrievers in serious need of training. She’s held a variety of writing and editing jobs over the years and now juggles stay-at-home mommyhood with writing novels. When she’s not writing or chasing after her children, Lindsay enjoys making a fool of herself at Zumba, curling up with anything by Jane Austen, and savoring sour candy one piece at a time. Connect with her at LindsayHarrel.com.

With every book I write, it seems God has something new to teach me. That certainly was true of The Secrets of Paper and Ink.
Lately, I am learning more and more about the power of our words. I’ve become more conscious of the words I speak over myself as well as what I say to other people. It’s more than “positive thinking”—the words we say ultimately contribute to the stories we weave, and I want my story to be as positive and hope-filled as possible, regardless of my circumstances.

I’ve also become much more aware of the lies that I tell myself—“you are not worthy, you are not enough, you will never achieve what you want to achieve”—and the need to replace those lies with the truths that God says about me. I have listened to Lauren Daigle’s song You Say on repeat lately, and it has become a theme not just of The Secrets of Paper and Ink, but one in the story of my very life.

So while I may not have experienced everything my characters have—I’ve never suffered emotional abuse, or been ostracized by my family, or been orphaned and alone in a world that seems against me at every turn—I have learned alongside them. I set out to write a book that would draw readers closer to the true healer and hope giver, and I ended up being drawn closer myself.
And that, to me, is the true power of story. 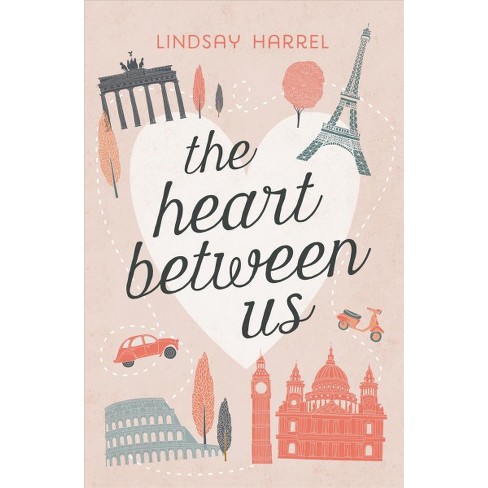 To celebrate her tour, Lindsay is giving away a copy of Lindsay’s first book The Heart Between Us!!

Be sure to comment on the blog stops for nine extra entries into the giveaway! Click the link below to enter. https://promosimple.com/ps/dcc3/the-secrets-of-paper-and-ink-celebration-tour-giveaway

The Power of Words, February 26

Inspirationally Ever After, February 27

Through the Fire Blogs, March 6

To Everything A Season, March 8