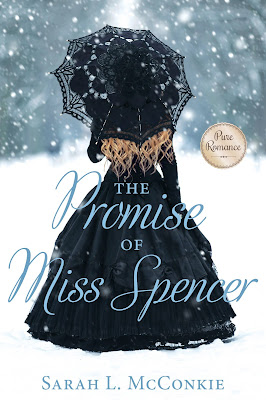 MISS SUZANNA SPENCER has successfully avoided marriage, waiting for love and equality in a husband of her choice.

Yet when her father suddenly becomes ill, she agrees to his dying wish—to marry Mr. Lacy and secure her future. Cast suddenly into a mourning period, Suzanna and Mr. Lacy agree to keep their engagement a secret until the proper six months have passed. But when Suzanna and Mr. Lacy find themselves thrown together with Miss Grysham and her handsome uncle Lord Haversley, everything becomes complicated. If only Lord Haversley didn’t expose his true bravery.

If only there wasn’t so much more to him than a gaudy Lord in Parliament. If only he would leave Suzanna alone. As the threat of smallpox looms close, all four friends must work together—and apart—to save the lives of those they love. Forced into keeping a promise, or securing the promise of her future, Suzanna must reconcile her obligations with her heart as she searches for a love she never had.

Miss Suzanna Spencer smoothed her slightly dirty work apron and checked the state of her unruly dark blonde bun. She reached for her basket and pressed deeper into her family’s large vegetable garden. The fall sun shone with a warm hue as she smelled the rich, musky earth around her. At the edge of the plot on a stone bench sat her sickly, coughing father, who dutifully inspected his radishes.

She sat down a few yards from him and sunk her trowel near a carrot, unearthing a rock. Chocolate-colored soil flew all over the tidy linen cravat of Mr. Lacy, her father’s studying vicar, who followed directly behind her, weeding the beds as she continued her story. “You see,” she said speaking quickly and with such animated hand motions that Mr. Lacy had no choice but to submit to the barrage of soil now covering his vest.

“I could not believe it. That old man must have been nearly forty-five. What on earth did I do to give Colonel Newbold the idea that I would accept his hand in marriage?” Suzanna furrowed her brow toward Mr. Lacy, letting out a large breath. “Oh, Mr. Lacy! Your poor linen. I am ever so sorry. I just got carried away.”

She shot a plaintive glance to her father, her light blue eyes reverting back to her schoolgirl pleadings. “Surely you do not blame me for my refusal, Papa?” She pushed her unmanageable hair out of her eyes and continued to drive the point with her look.

Mr. Spencer’s dark hat shaded his white hair and conservative black suit. His modest clothing befitted his reserved personality, even though he stood as rector of the largest parish in Elmbridge, possessing one of the most robust livings in all of England. Coupled with his yearly sum as a younger son of an earl, he lived quite simply for one with so much influence and disposable income. Mr. Spencer’s curved back attempted to straighten a little. “Colonel Newbold is a respectable man, Suzanna. And might I remind you, there are many ‘old’ men who are still very fine.” He smiled warmly Sarah L. McConkie 8 toward his daughter as he collected the last of his produce. “But I know that, from your infancy, you have never acted against your conscience. And your conscience, luckily for me, is quite well-mannered and amiable. So if he is not your choice, then so be it, I suppose. Although . . .” He coughed again and cleared his throat, and Suzanna noted it sounded worse than it had a few weeks before. “I would like it if you were married before God takes me from my mortal sojourn.” 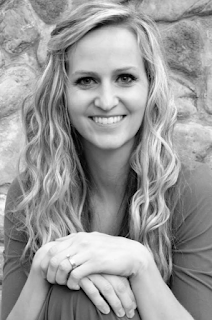 Sarah L. McConkie started her writing career in the second grade with a thirteen-page magnum opus about dinosaurs. Although the plot line and penmanship lacked polish, Sarah learned she loved retiring to bed thinking of what to write the next day. On a good night, she still does the same thing. Sarah took up the pen several years later after tucking her own little dreamer into bed and now combines modern life experiences, a robust knowledge of regency classics and a passion for all things old fashioned and proper to craft her historical romances. She co-stars with her own Mr. Right in the real-life romantic comedy she calls life. Sarah believes creating thought-provoking and moral stories promotes literacy in a world that needs more readers. She has a bachelor’s degree in Music Education and taught junior high choir for several years before becoming a stay-at-home mother to three (almost 4) darling children. She currently teaches piano and voice for BYU independent study. Sarah’s published works include Love and Secrets at Cassfield Manor, The Promise of Miss Spencer, and Power and Prestige: Magical Regency Book 1.