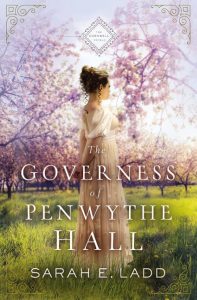 In the first of a new series from beloved Regency romance author, Sarah Ladd, Delia, a governess to five recently orphaned children, would risk anything to protect them . . . even her heart.

Cornwall was in her blood, and Delia feared she’d never escape its hold.

Cornwall, England, 1811
Blamed for her husband’s death, Cordelia Greythorne fled Cornwall and accepted a governess position to begin a new life. Years later her employer’s unexpected death and his last request to watch over his five children force her to reevaluate. She can’t abandon the children now that they’ve lost both parents, but their new guardian lives at the timeworn Penwythe Hall . . . back on the Cornish coast she tries desperately to forget.

Jac Trethewey is determined to revive Penwythe Hall’s once-flourishing apple orchards, and he’ll stop at nothing to see his struggling estate profitable again. He hasn’t heard from his brother in years, so when his nieces, nephews, and their governess arrive unannounced at Penwythe Hall, he battles both grief of this brother’s death and bewilderment over this sudden responsibility. Jac’s priorities shift as the children take up residence in the ancient halls, but their secretive governess—and the mystery shrouding her past—proves to be a disruption to his carefully laid plans.

Rich with family secrets, lingering danger, and the captivating allure of new love, this first book in the Cornwall Novels series introduces us to the Twethewey family and their search for peace, justice, and love on the Cornish coast.

Sarah E. Ladd takes readers to the Cornish Coast in the first book of a brand-new series, and what a great start it is.

Cordelia “Delia” Greythorne has endured loss in her life so she empathizes with the five children under her care upon the death of their father. Change is in store for all of them when they are directed to the children’s uncle and Penwythe Hall.

Jac Tretheway is an innovative man who cares about the land he’s inherited. An apple orchard may be a risk, but Jac sees what a successful one would mean for Penwythe. But when a governess, a tutor, and five children arrive in his home, he’s overwhelmed.

Ladd weaves a tale of suspicion (and smugglers!), grief, family, home, and romance that kept me involved and engaged in the story from the first page to the last. The descriptions of the area are vibrant and detailed from the gardens of Penwythe to the Cornish Cliffs, and I’m thankful Ladd will be returning to this area in this new series. 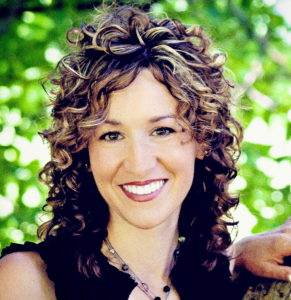 Sarah E. Ladd received the 2011 Genesis Award in historical romance for The Heiress of Winterwood. She is a graduate of Ball State University and has more than ten years of marketing experience. Sarah lives in Indiana with her amazing family and spunky golden retriever. Visit her online at SarahLadd.com; Facebook: SarahLaddAuthor; Twitter: @SarahLaddAuthor.

More About The Governess of Penwythe Hall

5 things to know about Cornwall, England:

Imagine yourself in The Governess of Penwythe Hall with these pictures of 19th Century life in Cornwall
https://www.theguardian.com/uk-news/gallery/2016/may/19/everyday-life-in-cornwall-captured-in-the-19th-century-in-pictures

To celebrate her tour, Sarah is giving away a grand prize of a finished paperback copy of The Governess of Penwythe Hall!!

Be sure to comment on the blog stops for nine extra entries into the giveaway! Click the link below to enter. https://promosimple.com/ps/de80/the-governess-of-penwythe-hall-celebration-tour-giveaway

The Power of Words, April 12

To Everything A Season, April 12

For the Love of Literature, April 13

For HIm and My Family, April 20

Through the Fire Blogs, April 22

The Meanderings of a Bookworm, April 24