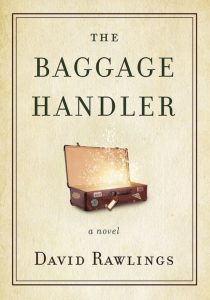 In a similar vein to The Traveler’s Gift by Andy Andrews or Dinner with a Perfect Stranger by David Gregory, The Baggage Handler is a contemporary story that explores one question: What baggage are you carrying?

Three people take a flight that will change their lives forever.

Fresh off a run-in with his wife, harried businessman David disembarks the plane angry and impatient.

Gillian thought she would be more excited about coming to her niece’s wedding, but she is just hoping to survive.

Malcolm has gambled everything on this trip to start his fledgling artistic career. To him, failure means working in hardware in what his father calls “a real job.”

After each picks up the wrong suitcase, they make their way to a mysterious baggage depot in a deserted part of the city. There they meet the Baggage Handler, who shows them there is more in their baggage than what they have packed.

A simple baggage mix-up at the airport is more than an inconvenience when it forces three people to face the baggage they are unknowingly carrying around.

Sometimes the small books pack the biggest punch. In David Rawlings’s debut, three people mix up their luggage and are directed to the baggage handling department.

Part parable, part speculative, The Baggage Handler encourages readers to take a good look at what things in life they unnecessarily carry with us. As David, Gillian, and Michael are confronted with their “baggage” and begin to view things differently—with more truth and fewer comparisons.

Wouldn’t our lives be better lived if they weren’t weighed down with our emotional and spiritual baggage? 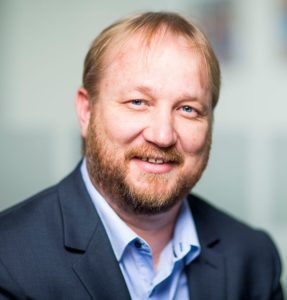 David Rawlings is an Australian author, and a sports-mad father-of-three who loves humor and a clever turn-of-phrase. Over a 25-year career he has put words on the page to put food on the table, developing from sports journalism and copywriting to corporate communication. Now in fiction, he entices readers to look deeper into life with stories that combine the everyday with a sense of the speculative, addressing the fundamental questions we all face.

To celebrate his tour, David is giving away a finished copy of the book to three winners!!

Be sure to comment on the blog stops for nine extra entries into the giveaway! Click the link below to enter. https://promosimple.com/ps/dd7a/the-baggage-handler-celebration-tour-giveaway

Spoken from the Heart, April 4

All 4 and About Books, April 8