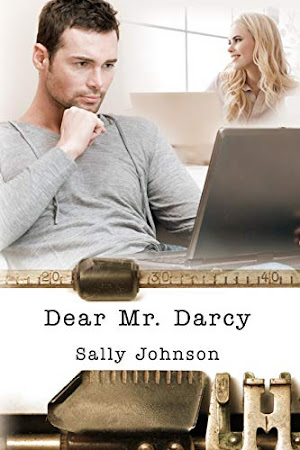 Aspiring writer Alivia bombs her Regency novel pitch to hotshot acquisitions editor Will Wright and the result is mutual loathing. But when another publisher wants Alivia’s not-yet-written book in 8 weeks, Alivia panics. Luckily, online book doctor Dear Mr. Darcy is there to help.

Will Wright has big opinions and an even bigger ego. When he’s fired from the publishing house he once lorded over, he scrapes by using his Regency knowledge freelancing as Dear Mr. Darcy.

As they unwittingly work together on Alivia’s book, they begin bonding. Two unknowing enemies are about to become more than friends.

Check out a book trailer here.

I felt like I was on the verge of a panic attack. Or passing out. Or both. My nerves were shot, so I paced the hallway outside the intimidating double doors for my nine a.m. pitch session.

“Alivia, seriously. Just breathe,” my roommate, Naomi, reminded me, which was easy for her to say. She wasn’t about to pitch her manuscript to an editor. She hadn’t been given an hour’s notice that a time slot had opened for a consultation. She didn’t have to convince an editor in ten minutes that her book was good enough for a publishing contract. I was so not ready.

You’d have thought I’d be ready, considering I was on the waiting list for this pitch session, just in case. But I wasn’t prepared. I wasn’t even supposed to be at HEARWO.

“I feel like good things are going to happen,” Naomi said. “I mean, the fact that we snagged this ticket means Fate is on your side.” Fate came in the form of someone from Naomi’s writing group who had a ticket to HEARWO but couldn’t go. So they were giving their ticket away. For free. And Naomi— being a fantastic friend and the proud owner of her own ticket— thought of me and seized the opportunity. What are friends for?

“Thanks for believing in me.” I didn’t share her confidence. While Naomi knew she would publish someday, publishing was on my bucket list. Writing a book was also on my bucket list, I just hadn’t managed to do it. Yet. But the chance to attend HEARWO rekindled my interest. An advance from a publisher and royalties from a book could go a long way in repaying my student loans and even supplement my income as an adjunct professor at the local community college and substitute teacher for the school district. And that stupid payday loan I shouldn’t have taken.

As for the pitch session itself, I was meeting with William D. Wright. I knew nothing about him, other than he was an acquisitions editor for some publishing house I didn’t recognize. What I did recognize was the name of the book he discovered: The Silent Invasion. It had been a bestseller three years before.

“You’re going to kill it. I know it.” I channeled Naomi’s words. I squared my shoulders, closed my eyes, and practiced my presentation in my mind. I made notes because I hadn’t memorized my blurb. In fact, I didn’t really have a blurb or even a manuscript, for that matter. What I had was a couple of chapter drafts and an idea— the perfect idea. I figured if an agent accepted my pitch, I’d just write the book really, really quickly. 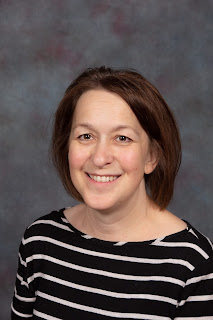 Sally Johnson has wanted to write books since she was twelve years old. Now that she’s *slightly* older, her dream has come true. She loves playing with her imaginary friends, shopping for vintage furniture, and has a collection of pretty notebooks she may or may not ever use. She lives in Las Vegas with her husband, four children and dog.