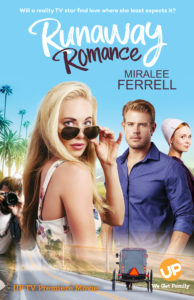 When a reality TV star meets the reality of life, will it be her downfall or her salvation?

Ann Stanway had it all—a starring role in a reality show, an adoring boyfriend, and a sparkling future with limitless possibilities. Until the rules changed and the life she’d thought was real no longer existed. Leaving L.A. seems like her only option, and she lands in Kentucky at a quiet Amish inn—as far removed from her past as possible. Now she knows what was missing in her life–peace, true friendship and, dare she hope, a man who accepts her for who she is–or at least who he thinks she is.

Hunter Lewis is intrigued by the new woman staying at his friend’s Amish inn. Annie appears to be what she claims, but she’s secretive and won’t open up. He’s been burned by a woman before and can’t tolerate deception. But his interest in Annie is growing, and the attraction seems to be mutual—until something happens that makes Hunter question everything he’d thought was real. Dare he risk his heart, when he’s certain Annie is keeping secrets?

Can their new romance withstand the pressure, or will Ann choose to run again?

When Ann realizes the reality TV world she’s been living in is not at all reality, she needs a break. So she leaves her home, her job, and her fiancé.

With little idea where to go other than the home she once knew with her grandparents, to find the person she was with her family, she heads east from LA. An accident leaves her stranded in Cave City, Kentucky. A town where Amish and Englischers exist together, it’s quiet and simple rhythm allowing her to take time to figure out who she truly is.

But hiding her identity from the people she’s beginning to consider friends—and one she’s attracted to despite her hesitancy to get into another relationship—is weighing on her.

The story is a bit predictable, but let’s face it, that’s exactly why we watch movies and read books like this. Sometimes knowing what’s ahead makes a story more enjoyable.

The setting and peek into the Amish community gives readers a little nostalgia for simpler times. When life wasn’t ruled by cell phones, emails, and social media. When you took a drive to enjoy the scenery instead of getting from point A to point B as quickly as possible. When friendships and conversation where more important than to-do lists. 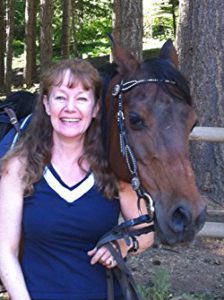 I love life, love my family, love writing Christian fiction–reading, riding my horse and puttering in my garden are all ways I relax. I often have my little 7 lb Chihuahua, Lacey, on my lap when I’m working–there’s nothing like a warm ball of love on your lap to act as a stress reliever!

First and foremost I’m a child of God and daughter of the King. I’ve been involved in women’s ministries for years, I’m married to a wonderful man, have two grown children, two cats, two dogs, 10 chickens and ride my son-in-law’s Arabian mare since my old mare passed in 2013. We live about 9 miles from the nearest town on 11 acres, in a peaceful setting surrounded by trees.

I started writing shortly after I turned 50, and discovered I loved it so much I don’t want to stop. I have 15 novels out & a five book set of horse novels for middle-grade girls. I write both women’s contemporary fiction, historical & contemporary romance, and horse/mystery novels for girls. One of my Western romances, Love Finds You in Sundance, WY, was awarded the Will Rogers Medallion for Western Fiction, three books have been optioned as movies, and several books have been on the ECPA best seller list. You can find out more about me andmy books at http://miraleeferrell.com/

In the spring of 2015, I received an email from a Hollywood producer, followed by a phone call. Imagine my surprise when she asked if I’d be willing to write a book for them. They were no longer producing the Love Finds You books into movies and were working on a different project for UP TV, a possible three-movie series, and she hoped I might be able to work with them. She explained that she’d optioned Love Finds You in Sundance, Wyoming, two or three years earlier, and loved it. Of the thirty-five or so titles she’d read of the line, that was her favorite. However, UP TV didn’t want to make historical or old west movies, so she’d shelved it for now.

During that time period, I’d gotten my rights returned to all of my LFY books and had retitled them Finding Love in Last Chance, California, Finding Love in Tombstone, Arizona, and Finding Love in Bridal Veil, Oregon. Sundance became Outlaw Angel, and all four are still in print.

Here’s the amazing part. I came very, very close to turning down that contract offer with Summerside for Sundance. I was disappointed in the advance and royalty rate, and shortly after they released it, they sold the line to Guideposts, and that company didn’t continue the line much longer. Understandably, sales waned on their final releases, and I was disappointed with my sales from that final book as my others had done quite well. For a long time, I wished I hadn’t taken that contract and instead held out for one with another company for a three-book series. However, had I done that, I doubt Runaway Romance would ever have been written. It was Sundance that grabbed Chevonne’s attention and caused her to contact me. And the rest, as they say, is history. 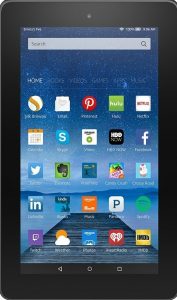 In honor of her tour, Miralee is giving away a grand prize of a Kindle Fire! Click the link below to enter! Be sure to comment on this post before you enter to claim 9 extra entries! https://promosimple.com/ps/c31a

Reflections from my bookshelves, November 28

Have A Wonderful Day, December 1

The Power of Words, December 4

Reading Is My SuperPower, December 5 (Interview)