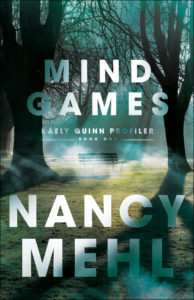 FBI Behavioral Analyst Kaely Quinn’s methods may be highly unorthodox, but her talent is undeniable. She’s done her best to establish a new life for herself after being demoted and transferred to St. Louis when a reporter revealed she’s the daughter of an infamous serial killer. But when that same reporter claims to have received an anonymous poem predicting a string of murders, ending with Kaely’s, it seems her old life has followed her.
When a body is found that fits the poem’s morbid predictions, Kaely and her new partner, Special Agent Noah Hunter, are forced to move past his skepticism of her approach and work together to unravel the deadly riddle.
With a brazen serial killer who breaks all the normal patterns on the loose, Noah and Kaely are tested to their limits to catch the murderer before anyone else, including Kaely, is killed.

A few years ago, I read a book by this author that was, in my opinion, so-so. Admittedly, that probably had a lot to do with the fact it was the second or third book in the series and I hadn’t read the previous ones. Or that I just wasn’t in the right frame of mind for that genre at the time, but I haven’t picked up another Nancy Mehl book since then…until now.

Let me tell you, I am so glad I gave this author another chance with her newest series. First of all, the premise was intriguing to me. The one show that I will still watch occasionally is Criminal Minds and Kaely Quinn would fit right in with this profiling team.

But even better is the story Mehl weaves in Mind Games, which is aptly titles because even as a reader, the twists and turns had me continuously shifting my perception of who the unsub (unknown subject) who was taunting Kaely was. Even when I had it narrowed down to two possibilities, I was taken by surprise (which is always a positive point for a book with me). And then, when that is revealed, readers are hit with a couple more surprises they weren’t expecting.

Kaely is an interesting character with her background and chosen profession. She’s intelligent but a bit ostracized from her co-workers because of her unusual method of profiling. Her desire to heal and her relationship with God go hand in hand and are natural in this story.

Even though it may feel like you’re dropped into the middle of this story (a novella about the investigation into Kaely’s father would have helped with this a lot), the story drew me in quickly. And I’m looking forward to what Mehl had next instore for this character next. Yes, you read that right. I’ll be reading this author again proving that sometimes second chances are worth giving–even in the book world! This may be the best suspense book I’ve read all year! 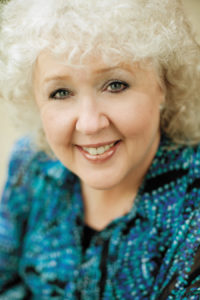 Nancy Mehl (www.nancymehl.com) is the author of more than thirty books, including the Road to Kingdom, Finding Sanctuary, and Defenders of Justice series. She received the ACFW Mystery Book of the Year Award in 2009. She has a background in social work and is a member of ACFW and RWA. She writes from her home in Missouri, where she lives with her husband, Norman, and their Puggle, Watson. She is part of The Suspense Sisters: www.suspensesisters.blogspot.com, along with several other popular suspense authors. She is also very active on Facebook.

Writing Mind Games is a dream come true. I’ve been interested in FBI profiling for years. I’ve read about it, studied it, and watched every TV special I could find on the subject. So when the chance finally came to write the book I’ve always wanted to write, I jumped at it. Thankfully, through the help of another writer, I was hooked up with a retired FBI profiler. I was so excited. Until I found out I had almost everything wrong. Yes, I had some understanding about profiling, but I knew nothing about the FBI and how it works.

First of all, the FBI doesn’t call the men and women who profile criminals, profilers. They’re called Behavioral Analysts. The plot for Mind Games had my analyst running around the country solving crimes while she was stationed in St. Louis. Uh, no. Behavioral analysts do travel, but they all work out of Quantico in Virginia. So…I rewrote.

There were ways around my conundrum, but one solution led to more and more problems. We finally worked through them. Then I spent the next few months learning acronyms. CIRG, CJIS, NCAVC, HRT, UNSUB, CNU, THU, ViCap, CODIS, SWAT, ERTU, OPU, THRU, ERT… Well, the list goes on and on. The FBI is made up of many specialized units. And a plethora of acronyms, it seems.
I rewrote Mind Games three times before my source said we were good to go.

If you assume I’m out of the woods now, you’d be wrong. I haven’t had the nerve to open up the manuscript I sent her for book two in my Kaely Quinn Profiler series. I figured I had Fire Storm right but… Well, I can tell from her email comments I’ll be doing more rewriting. Sigh.

So is it worth it? A resounding yes! I love learning, and as long as my analyst friend hangs in with me (she has the patience of Job), I’ll keep at it.

I hope you enjoy Mind Games. It’s edgy but fun. Kaely Quinn is a quirky character. She was thrown out of Quantico because her version of profiling is… Well, you’ll just have to read the book to find out! 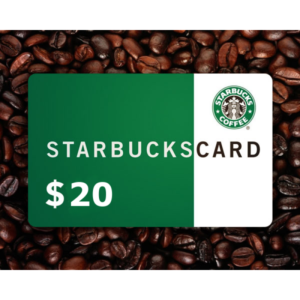 To celebrate her tour, Nancy is giving away a grand prize of a copy of Mind Games and the three books in Nancy’s Defenders of Justice series, plus a $20 Starbucks gift card!

Be sure to comment on the blog stops for nine extra entries into the giveaway! Click the link below to enter. https://promosimple.com/ps/d73b/mind-games-celebration-tour-giveaway

Reading Is My SuperPower, December 13

By The Book, December 13

For the Love of Literature, December 20

Have A Wonderful Day, December 22

A Good Book and Cup of Tea, December 22

To Everything a Season, December 23