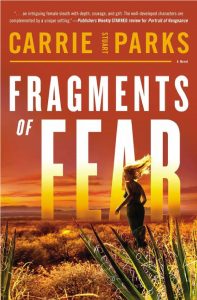 Evelyn Yvonne McTavish-Tavish to her friends-had her almost perfect world in Albuquerque, New Mexico, come to a crashing end with the suicide of her fiancé. As she struggles to put her life back together and make a living from her art, she’s given the news that her dog is about to be destroyed at the dog pound. Except she doesn’t own a dog. The shelter is adamant that the microchip embedded in the canine-with her name and address-makes it hers.

Tavish recognizes the dog as one owned by an archaeologist named Pat Caron because she did a commissioned drawing of the two of them months earlier. The simple solution is to return the dog to his owner, but she arrives only to discover Caron’s murdered body.
After meeting undercover FBI agent Sawyer Price the mystery deepens as more people start disappearing and Tavish becomes a target as well. Her only solution is to find the links between microchip technology, an Anasazi site in the desert, her fiancé’s death, a late-night radio show, and the dog. And the clock is ticking.

Fragments of Fear begins with a funeral and a bombshell of a revelation that sets the pace for the entire book. Carrie Stuart Parks gives readers another read bursting at the seams with action, unexpected twists, and plenty of questions to be answered about what, exactly, is happening.

Multiple suspects, stolen art, dead bodies, and a dog are pieces of the puzzle that just do not seem to fit together—at least not until the end when everything starts to quickly fall into place.

Evelyn McTavish (Tavish to everyone but her mother) is a character I sympathized with at first but came to admire as the story unfolded. Her self-image may be in the ditch but her tenacity and fight to expose the truth are her best characteristics. Plus, her journey to faith is authentic and well-paced.

As a reader of several of Parks’s other books, I knew the romance side of things would be downplayed. So, of course, my only critique of this book is that I would have liked a little more of that interaction between Tavish and Sawyer Price. Even without that one preference, the intense and intriguing suspense is worth the time invested in reading this one. 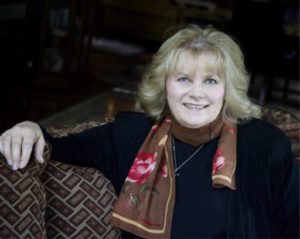 Carrie Stuart Parks is a Christy finalist as well as a Carol Award-winning author. She has won numerous awards for her fine art as well. An internationally known forensic artist, she travels with her husband, Rick, across the US and Canada teaching courses in forensic art to law-enforcement professionals. The author/illustrator of numerous books on drawing and painting, Carrie continues to create dramatic watercolors from her studio in the mountains of Idaho.

Since 1981, I’ve been a forensic artist—an amazing feat since I’m only . . .um. . . well, younger than that. In those years, I’ve seen some shifts and trends, but some things have never changed. Despite the overwhelming prevalence of computers in almost every other field, they have never been able to replace a trained forensic artist. Artists have an amazing toolbox of techniques we use to gather the information we need to help solve crime.

Want more? Check out the rest of my article at The Strand Magazine

To celebrate her tour, Carrie is giving away a grand prize of her book!!

Through the Fire Blogs, July 26

For Him and My Family, July 28

Lights in a Dark World, July 28

For the Love of Literature, July 31

By The Book, August 1

For the Love of Books, August 3

A Good Book and Cup of Tea, August 4

Little Homeschool on the Prairie, August 5