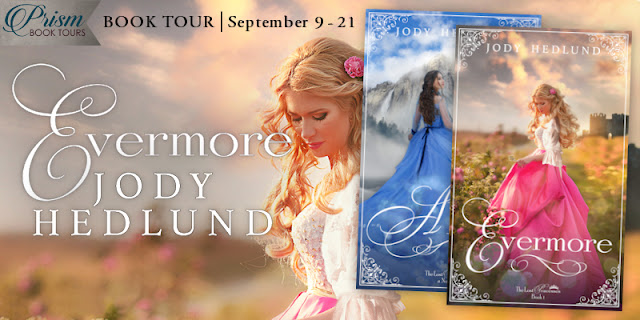 A fierce elite guard. A loyal lady in waiting. They must work together to save three princesses from certain death.

On the verge of dying after giving birth to twins, the queen of Mercia pleads with Lady Felicia to save her infant daughters. With the castle overrun by King Ethelwulf’s invading army, Lady Felicia vows to do whatever she can to take the newborn princesses and their three-year old sister to safety, even though it means sacrificing everything she holds dear, possibly her own life.

Gravely wounded in battle and knowing all is lost to his enemy, the king of Mercia tasks Lance, one of his fiercest elite guards, to protect his family along with keys to an ancient treasure. As Lance makes plans to sneak the princesses out of the capital city, he doesn’t need or want Lady Felicia’s help.

With the dark enemy in pursuit, Lance and Felicia must put aside their differences to outrun King Ethelwulf and prevent him from killing the princesses. In a desperate attempt to hide the young girls, Lance and Felicia agree to a marriage of convenience, a decision that will change their lives—and hearts—forever.

An ancient key. A secret treasure. And a princess destined to use them both to fight evil and restore peace.

Raised by a noble family, Lady Adelaide has always known she’s an orphan. Little does she realize she’s one of the lost princesses and the true heir to Mercia’s throne…until a visitor arrives at her family estate, reveals her birthright as queen, and thrusts her into a quest for the throne whether she’s ready or not.

Unable to tolerate King Ethelwulf’s cruelty and lawlessness, Christopher Langley left Mercia years earlier, training a group of rebels in neighboring Norland. When he returns home after his mother’s death, he discovers that not only is Adelaide all grown up, but she’s also the rightful queen of Mercia.

When King Ethelwulf discovers Adelaide’s location, he’ll stop at nothing to capture her and the key she holds to the ancient treasure. Christopher is just as determined to protect Adelaide so she can lead the growing rebellion. When feelings ignite between the two old friends, forces threaten to destroy their love and rip them apart forever. 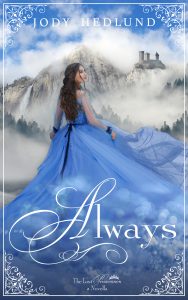 This prequel novella to Jody Hedlund’s The Lost Princesses trilogy is one readers do not want to miss as there is an abundant amount of backstory that will likely come into play as each of the princesses gets her own story and happily ever after.

On the run from an invading king with the true royal family’s heirs, Lady Felicia and Lance, a member of the king’s elite guard, outsmart and outmaneuver those intent on eliminating a threat.

Hedlund’s vivid descriptions of the land and the people set up the land of Mercia and give readers an excellent feel for those on both sides of the fight. From the first chapter, the danger nips at the readers’ heels as they embark on a sacrificial quest to save their beloved royal family.

The romance is intense but since Lance has had very little interaction with women, it’s also rocky. As these two characters give up everything they’ve know to save three little girls, the scene is set for when Constance, Maribel, and Emmaline are ready to take their rightful places. My fingers are crossed that we’ll see Lance and Felicia again. 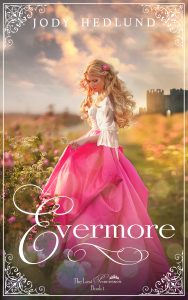 It’s been seventeen years since three little girls were secreted away from a castle and separated to save their lives. Adelaide has grown up in as a noble alongside her cousins, training and learning right along side them. She’s always known she was adopted but a deathbed confession reveals her true identity. She is the crown princess Constance.

Adelaide is fierce, a warrior in her own right, yet vulnerable when it counts. Her desire for wisdom about wealth and strength is apparent in the decisions she makes and the heart she has for first the people on her family’s land and later those she meets along the way to safety.

Once again Hedlund delivers an engaging and well-balanced tale full of adventure, danger, romance, and characters becoming who God intended them to be.

I have to say I didn’t care for the love triangle that was apparent from the beginning of the book but, in this case, it worked for the story. Now I’m ready for the next princess to find her way and can’t wait for the sisters to be reunited. 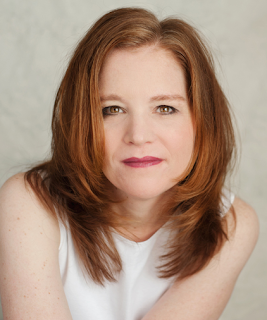 Jody Hedlund is a best-selling and award-winning author who loves fairy-tales and happily-ever-afters. She makes her home in Midland, MI with her husband and five teen-aged children. When she’s not writing another of her page-turning stories, you can usually find her sipping coffee, eating chocolate, and reading.

One winner will receive the prequel and all three books in The Lost Princesses series (Always, Evermore, Foremost and Hereafter) in paperback or ebook (winner’s choice, if winner is outside the US ebooks only)
Ends September 25, 2019