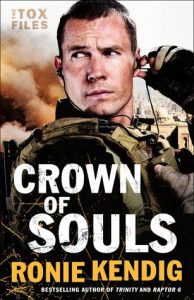 Cole “Tox” Russell and his team are back with another mission. As they race around the globe to solve the mystery of an ancient artifact, a crown that has Biblical ties, the personal stakes continue to rise.

Crown of Souls combines military maneuvers, history, crime, mystery and a touch of science fiction to bring readers another adrenaline-filled adventure with team Wraith. As the team travels from the US to Iraq, Egypt, and more, readers need to buckle in as they’re swept along with them.

During their mission, Tox fights his demons. Is he like the man he once consider a friend who is extracting vengeance without directive? Will his team leave him when they find out his secret? And most of all, how will Haven feel about him when the truth is brought to light?

Kendig does an excellent job of balancing all of the alpha-male testosterone with Haven and Tzivia. Both of these women hold their own against this group of men. Haven brings out not only his protective side but a softer side of Tox that most don’t get to see. 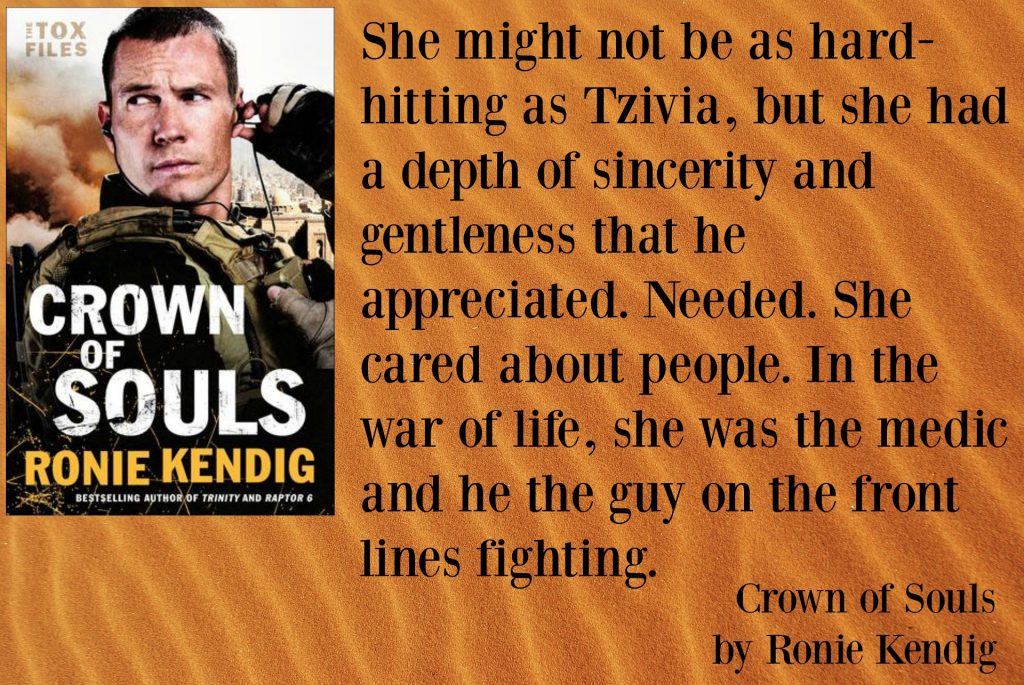 If you’re a fan of Indiana Jones, military movies, or stories that just plain suck you in and carry you along, Crown of Souls is a must-read. It is book 2 in the Tox Files and can be read as a standalone story but you’ll gain more insight to many members of the team if you read Conspiracy of Silence first.